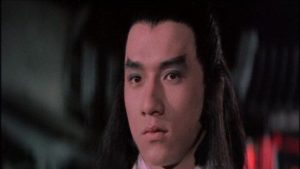 Jackie Chan features in 88 films release of this under rated but also utterly undecipherable film from Lo Wei. Chin Chang Yin (Hsu Feng  Taiwan’s actor of choice for hard women) is the leader of a gang known as the Killer Bees. They are bent on a revenge mission to kill Cao Lei (Chan) and his family, who have become quite the obstacle to everyone of late. However the problems keep piling up and when Yin ends up  falling in love with Lei it might not end well for either of them or the Killer Bees. 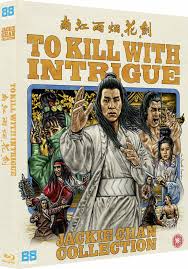 Shot in Korea in the freezing cold and modelled on a classic revenge narrative, it makes for an obscure delight. It might not make sense, it might also have jarring flips of narrative and direction (Chan and Wei didnt get on, the set was cold and the locations were exterior often). I would recommend strongly listening to Rick Bakers interview. He is an expert and a very honest one at that. He understands why TO KILL WITH INTRIGUE both failed at the box office and failed as a film. I can stammer and flap over it but my point is he knows his stuff! 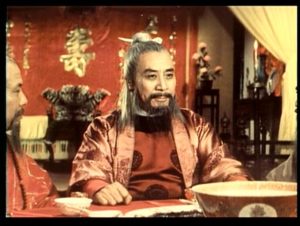 No matter what is said about the films logic the 2K scan has to be 88 films best. In terms of colour grade, tones and textures it is second to none.

The Baker interview is a must. Detailing Chan’s career and the place of the film in it. The dick joke as a name of the heroine in Japan and the battle between Chan and Wei. My other likes are the lobby cards and that The Dude Designs image. EXCELLENT!!