I Am Not A Serial Killer DVD Review 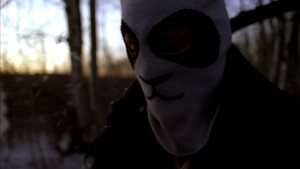 The film follows John Wayne Cleaver (a terrific performance from Max Records), a teenager living in a small Midwestern town with an obsession around death and serial killers (who can recall killings, victims and the murderers in graphic detail). But that really is no surprise as he spends most his time hanging out with his mum (Laura Fraser), who runs the local funeral home and therefore spends the best part of his free time around the dead. Cleaver often finds this company more compelling than those living – his school life is full of bullies, his mum doesn’t really understand him, his counsellor (Karl Geary) may not have his best interests at heart and his peculiar neighbour, Crowley (Christopher Lloyd) is slowly dying.

When mysterious murders start occurring in the oft quiet town and body part starts disappearing, Cleaver accidentally works out who is responsible and decides to take on the responsibility of stopping the killings himself. This is whilst keeping his own homicidal demons at bay. When ensues is a dangerous cat-and-mouse game between the killer and Cleaver.

O’Brien (this is his third feature film) has done an excellent job with I Am Not A Serial Killer, the film is stylish, tense and tonnes of fun. It feels as if it has been made by someone who clearly loves films and has a fresh visual style, which is filled with plenty of memorable imagery. His palette is filled with blacks, greys and blues but he manages to create a sensational atmosphere that grows as the film plays out. It has moments of contemplation and isn’t by any means shock after shock pacing but instead allows Cleaver and in turn Records’ performance the time to grow.

The film is filled with cues from films like Donnie Darko, the visual language of a filmmaker like David 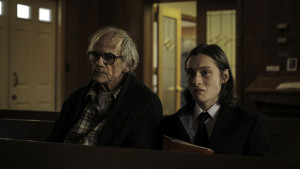 Lynch, a character like Michael C. Hall’s from Dexter and the tension and mystery of It Follows. The list really could go on.

I Am Not A Serial Killer promises fresh storytelling and new talent – blurring genre boundaries and pursuing a new vision in indie filmmaking. It’s a joyride and one worth taking.