Martin Scorsese tells us ( in the introduction and without a note of cynicism) that Korean cinema has produced some of the most interesting films of the last decade. He notes many names before focusing on the director of the two films in Hong Sangsoo. Korean cinema has opened up post military dictatorship, capital investment and education drives and Sangsoo not only capitalised but explores this. 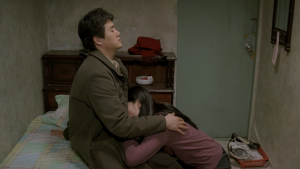 In Woman is the future of Man, we see themes of friendship and love for the young generation. Two friends have had a relationship with the same woman and when one returns after living abroad, they agree to meet her again. In the construction of this very simple tale is its power. Told in exposition and via sparse temporal detail, the film discharges its ideas with skill and a clever casual air. Leaving every layer of emotion tinged but also building to a finale that is never clear but always compelling. 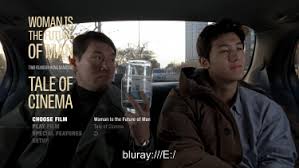 In Tale of Cinema, two brothers live two lives as if one is in a film and the other is the inspiration for a film. The core to this film is its reflexive skill. It not only is in regard to cinema but also about the veneer of modernity we live under. Its quite exceptional how sophisticated it treats this theme and also how unforced it all is. Framed without being heavy, gliding zooms touch on detail (akin to Altman). You will find its slow but sensitive treatment hard to ignore or escape being impressed by. 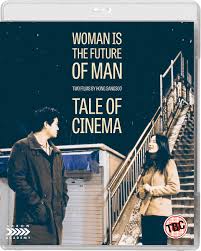