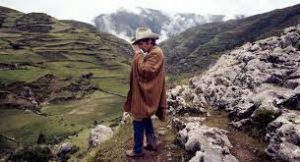 Cineastes known what they are getting here. Artifice and agriculture, legacy and legend. I suspect that others will go one of two ways with this jarring, jagged film form brain thump. If you read the Amazon reviews, then this is a good indication of what these positions could manifest as. Could it be intense rage at having just seen fractured narratives, surreal images and unconventional editing as storytelling. This response, though wholly justified on a personal level, is utterly wrong. The other response could be a mixture of awe and respect, simmering over into utter demi god like adulation. Awe of those behind the camera, who have achieved the peeling back of veneer and the cinematic detritus. Respect might be a broader or more focused, it will no doubt disrupt the stasis you were in prior. Hopper for me is a genius with this film and this is the right response. 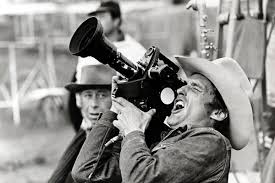 Powerhouse release the greatest underseen film of the decade of film directors from the new American experiment. Dennis Hopper plays as stunt coordinator Kansas. He oversees a western that is being shot by Samuel Fuller in a small Peruvian village (Yes, that is the Sam Fuller no less). While filming the climactic shoot out, a tragic incident during a stunt kills an actor. Kansas quits the movie business and stays in Peru. First, he believes he has reached a sort of paradise, but soon he is challenged about this assumption. A local priest (played by Tomas Milian no less) is outraged at the locals reconstructing the movie shoot. Using wooden cameras, booms and lights they are “filming” their own movie. They seem to think that movie and reality have become one. Violence and bullets, blood and death… 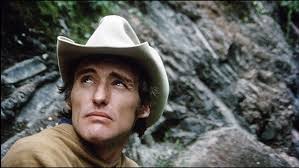 The Disc cements Powerhouse as the best label, releasing the best films of their studio (Colombia in this case). The 4K restoration keeps all the grain, light diffusion and wear of the original print but makes it projectable onto a screen as if you are watching it on first release. At Venice say. The audio features Kris Kristofferson singing, reverb, deep guttural cries and a lovely backing soundtrack that makes for a good night in. On vinyl if it were to be my choice. 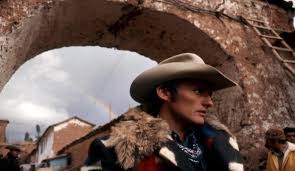 Dennis Hoppers influences for THE LAST MOVIE and its own monolithic history, is well covered in film history and film studies. Fusing New Wave cinema with the American genre, the Western but unravelling both in an action. Alex Cox, a man I have had the immense pleasure of interviewing, discusses the film in Scene Missing (2012) available on this disc. Cox is a passionate film rebel and extols the risks and rewards the crew took for the film. For those who love cinema from its construction to its current incarnation, it is inspirational work. For Cox has his usual informed and textured cineaste eye on the piece throughout. 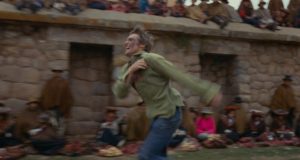 Before we get to distant from the film however, let us not forget that Dennis Hopper had form with making a film using ‘modern’ techniques (then modern not now). He also had form defying the higher ups (which he discusses) as well as being considered the voice of his generation with EASY RIDER. He had already done the jump cuts, the genre convention disruption and the characters disjointed by their chaotic lives and primal surroundings. Where THE LAST MOVIE completes this early phase, is in its narrative juxtaposition. It combines and contorts the narrative, wrestling the need for a constant, fixed, step by step exposition. Instead we are working for it. We are also being continually told that this is artifice and we are to question what that means in an age where the camera never ‘lies’, does it not also never tell the ‘truth’. 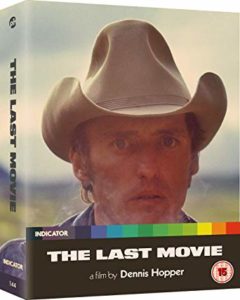 Bar Cox, there is a wealth of very good documentary features on the disc (all from the archive more or less). The best is Some Kind of Genius. Direct to Camera, Hopper talks about Henry Hathaway. It is a powerful thing to see a man talk so honestly and heartfelt. Hopper hated and respected Hathaway. It shows. The Guardian Interview with Dennis Hopper on the other hand, sees Hopper in love with art. Warhol is the great talking point but I am sorry, I hate the playing over the film. I understand why it is like that, but I wish it was over still images or something. However, it is excellent and reveals the Hopper of legend and intelligence. Now for anyone who likes to sit down and read the booklets (we all do!) Cox is back and his essay makes for the price alone.