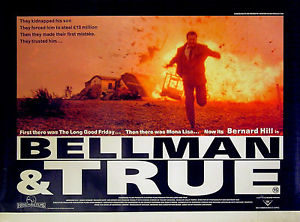 Handmade films had a run of very good crime films in the 1980s. THE LONG GOOD FRIDAY, MONA LISA and SCRUBBERS. BELLMAN AND TRUE however was rarely considered in the same caliber (rightly or wrongly) until now. Bernard Hill stars as science boffin and stepfather to one Hiller. He has a drink problem but a group of menacing bad guys lead by Salto (played with yuppie finesse by Richard Hope) see him as the perfect fit to a devious plan. The plan is a heist of the National General Bank by Heathrow airport. Hiller wants nothing to do with it but after he stole the data tape containing financials for the bank, they won’t let him out so easy. 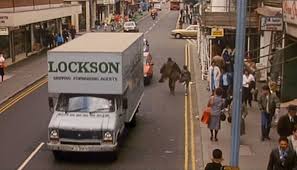 After making British crime films return to the high point with MONA LISA then suffering a commercial dud with SHANGHAI SURPRISE (a film so bad it is astounding that it even got a release), Handmade films had to play it safe. What they produced was the split between the gadget Hollywood films of the mid to late 80s and the gangster films of the earlier period. No surprise this. It was taken up by producer Michael Wearing (he of Edge of Darkness no doubt). 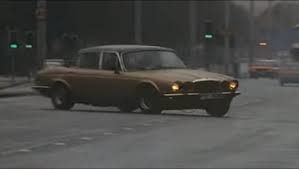 Read the essay by Kevin Lyons for more, I can’t write in such an engaging or urgent way as him. Nor is my prose as easy to consume for mostly everyone. Wearing felt the connection and he was right to. The fear of tech has not abated and Hollywood budgets and storytelling have grown far past this film. And this is where BELLMAN AND TRUE comes into its own.  Its a tale of old v new. Tech versus grunting heavies.

Gone are the barbarian slugs, come is the switches and flashes of lights. Desmond Lowden Cracking the System seems to underline some of these themes but I think there is a lot to be seen in the past takes on present elements. This also brings us to the informative piece in the booklet about the titles inspiration. An old Cumbrian song no less. One that has a history that balances past and present. Age and wisdom. New and old. 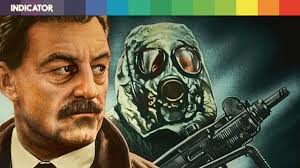 HD remaster looks great. Watch the LFF version to see the standard definition scenes to compare. They are blurred and heavy. The HD is cleaner and light corrected. Making the image richer and the colour pallette more diverse than brown, grey and blocks. The original audio has a few issues but its only in the synch musical sound that is off every so often. 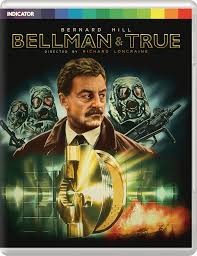 My favourites have already been covered but I would also say the next best three are -the booklets Bernard Hill interview. No direct mention is made of the film, however it is a valuable series of question answers for film theorists and fans. – The two seperate versions of the film. One adds more light and shade, while the other is a more fluid experience. – The critical responses in the booklet. Phillip French deserves a read. If only because I suspect his take would change now…though comparing this to Rififi is ridiculous in any time frame…