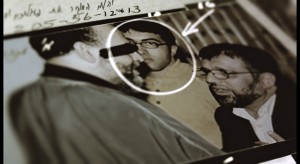 The disguise fooled no one

When Mosab Hassan Yousef finally admitted to leading a double life, it shocked everyone. One of his lives was as that of the son of a very senior Hamas chief. He saw many difficulties under the occupation and in his own life.  His own father was constantly harassed and regularly held prisoner by the Israeli security forces. He was himself also taken captive, questioned and even imprisoned over gun smuggling in and out of Gaza. His other life in this context is even stranger, he is an informer for the Shin Bet or the elite secret intelligence force of Israel. Recruited while under interrogation, he now lives in a world of fear, intimidation and lies.

For a documentary to work, it must have authenticity, validity and connection. A story narrated by the actual main protagonists can only be as convincing as its players make it feel. So often this can fail at the stage when constructed because of many factors but more often than not due to the loss of validity. Validity that is corroded by authenticity being fractured and driven out of the piece. Authenticity in voices and imagery might be diffused by editing, narration or layering. Sometimes it is other external elements that cause these things to loss validity and authenticity. In this film these external factors have damaged a very personal and touching story of one mans suffering, in the pursuit of a better life for himself and his people. These external factors almost seem to be the main reason why almost every viewer will find it hard to see this aspect of Yousef and his reason for his actions. 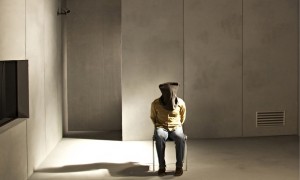 Sitting and waiting and hoping...

When the film starts you will find its focus is on the thriller and espionage genre. It has Yousef speak direct to camera and he delivers a narrative of action and adventure. Spy and counter spy almost. The problem is that he is personable but also due to this he comes across as vain and self absorbed. His voice doesn’t hit the right notes, except when he talks about what he has lost for doing what was right. Gonen Ben-Itzhak his handler is a real presence and actually I felt would make a great movie on his own. Yousef pathos balances nicely with Ben-Ithzak pure humanity. this mixed with stock footage has a rather detrimental effect. We are almost walked through events onscreen and this points to a direct attack on our judgements. Pure emotive and suggestive use and not as a unbiased tool for narrative exposition. It also does this with it leading of point and then re enforced point. No counter point is used. 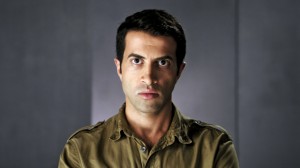 Due to this the film will be watched by some and called simply ‘a real story of betrayal and self preservation’. Why do I say this? Well because it finds it hard to call into question Israeli secret service actions. They are never really challenged or even for that point justified.  Instead we have a constant drone of how Hamas is at fault and their actions are unwarranted. The truth is Hamas is a terrorist group, no doubting this but the Shin Bet also has a lot to answer for.

This film does allow a story to be told that is exceptional and timely in a way that is both very engaging and tense but it does it with almost the safety on and with the fear of the gun blowing up. They should not have played it so safe….