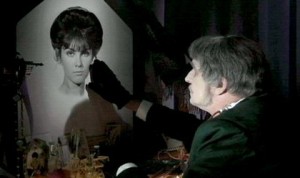 The ‘Complete’ Collection of Dr Phibes is actually only a two-film set – The Abominable Dr Phibes and Dr Phibes Rises Again. The first part is a tale of revenge and killing as the disfigured Phibes (Vincent Price) goes on a rampage, attempting to kill a group of doctors he blames for his wife’s death. The second film then depicts his attempts to resurrect her.

As someone who has never been an avid fan of Vincent Price I found neither film to be particularly outstanding overall. The issue with Phibes as a character is that Price’s performance sits uncomfortably with the other actors, particularly as they awkwardly try to be comedic at times unlike the more straight-faced Price. The films are already part of a bizarre sub-category of horror that only Price has the ability to make seem plausible, in a similar way to horror stars like Lon Chaney, but all his impressive attempts to justify the film’s absurdities through his performances are undercut by weaker actors.

Neither film is particularly engaging, some bizarre deaths make for the odd interesting moment but it doesn’t feel like enough overall. Everything feels dated and really looks it (no thanks to the flawless transfer to high definition). The transfer both helps and hinders the films, bringing out the beautiful gloss of the 70s cinematography and vast settings but also exposing the true artificiality of the make-up effects. I couldn’t help but laugh when a bat flew towards the camera and the string moving was plain to see in the frame. The filmmakers clearly did not mean for the films to be taken seriously but the moments that were quite obviously meant to be humorous didn’t work.

The first part is definitely stronger than the second, especially as it is framed around a number of quite unusual death sequences. The second film seemed to assume that the character of Phibes could actually be sympathised with on some level which made it a little more difficult to enjoy. The plot in the second film also takes absurdity to new levels.

Dedicated fans of Vincent Price will love the Phibes films and revel in their camp absurdity. The average viewer might just feel a little disengaged and underwhelmed, especially if they rarely seek out silly horror films of this sort. The set is well worth a purchase if you are already a fan as it contains some great special features including commentaries, interviews, and a 100-page booklet.