The indie of indie classics, DEADBEAT AT DAWN returns to us courtesy of Arrow. Goose (Director Jim VanBebber) wants out of the gang life. He has become tired of the punching and kicking, the fights and the struggles. When his gang faced off with bitter rivals, he slashed and bashed their leader but just didn’t enjoy the carnage. Now he faces an opportunity to leave without problems from his fellow gang mates. His girl is ready to live only with him and this means security and a nice life. However escape from the thug life is never easy. He angered some nasty types and they want revenge. They kill his girl and beat him to within an inch of his life. So he returns to his old gang, lower down the food chain but hungry for revenge… 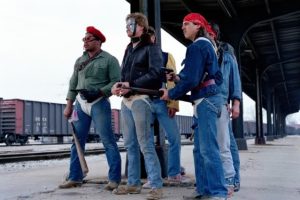 Yep DEADBEAT AT DAWN returns. 30 years after its initial release, it again will inspire and amuse a new audience. Think stripped down film making, student excess and no holds barred experimentation. All of this allows for ambition in shot selections, blood soak violence and out and out absurdity. Director VanBebber even suggests during the commentary that he wanted to up the gore splatter and blood to ten. Inspired by THE EVIL DEAD, THE WARRIORS, Chuck Norris films and action films of the 80s, VanBebber gives us a rather silly thing. A rather silly slice of pulp violent fun. A revenge film that is remarkable. However as he suggests he is proud of it and we should admire it. Put simply this is a student film par excellence. He dropped out of film school and seemingly fell into a great film idea. 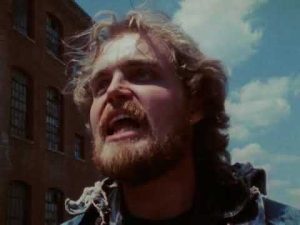 The disc and the extras. The 2K restoration is fuzzy and over lit but if I am honest, well this is the film components. 16mm film that has light seepage which has not improved with age. The commentary is excellent indeed. Funny and filled with on set film making anecdotes. The short films are well worth exploring. VanBebber best film is DEADBEAT but watch and let me know what you think! 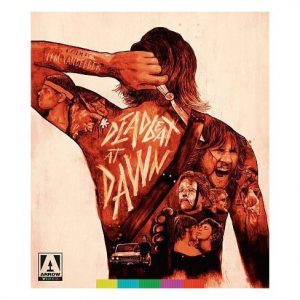