Altman plays to the trend of the era and electrifies it. Children’s author Cathryn (Susanna York) is on the cusp of sanity. A series of mysterious phone calls at her home call out her life. Her husband Hugh (Rene Auberjonois) is suspected to be having an affair. She is suspected to be unbalanced. When Hugh comes home to find Cathryn in complete disarray, he pushes her to leave London. They are to retreat to Ireland and a get away home there. Cathryn begins to see her life in flash forwards and blurs back. Witnessing events that are both current, past and maybe never happened. When Cathryn screams in horror after attacking one apparition, she backs and her husband comes into view. Will her reality dissolve or will she do something destructive…

Mental breakdown on screen has been handled with various levels of skill and tenderness. From masters like Bergman and Hitchcock to Polanski, you can trace a line of women sinking into despair. Some look directly at the events which shape this, others look directly at the personal emotive space. Robert Altman’s examination of one women’s slide into insanity, merges artfully both themes with an eye for visual imbalance and an ear for personal disintegration.

Building Susanna York into a women who is slow burning to emotional explosion with multifaceted dimensions. Taking a haunted house, then shifting it into the setting for the decay of sanity. Its deeply personal and bold a film. Altman infuses his own take on form (zooms, sound layered etc), with Cinematographer Vilmos Zsigmond artful framing and robust editing to full force. Its a film in which the whole envelopes events.  A film drenched in the destructive power of the creative mind and the fragility of memories. 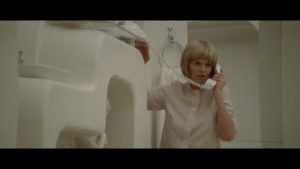 Its all a very grand affair. The 4K looks like it is painted onto the screen with that delightful fuzz. The Irish house feels immersive and emboldens the experience. You feel the claustrophobic slant and the clutter realm as forceful. It sends the DVD packing. The Soundtrack is exquisite. From the mind of John Williams and the mind of sounds from Man who fell to earth Stomu Yamashta. Where the box set really comes to life is in Samm and Kat commentary. Blending the love of psychological horror and gothic, they take you on a fantastic journey. Altmans own commentary is worth running over and the booklet is a tour de force and no mistake. 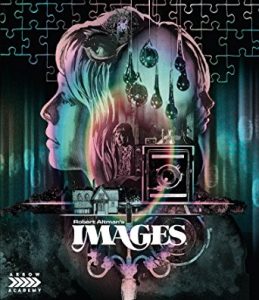 An appreciation by musician and author Stephen Thrower

FIRST PRESSING ONLY: Illustrated collector s booklet featuring new writing on the film by Carmen Gray and an extract from Altman on Altman