The roots for this film lay deep inside American society. Even today it is felt in the heartlands of that country. Christian faith manipulated and then merged with white magic and used in medical and social issues. Rehmeyer’s Hollow murder saw a ‘Pow Wow’ man advise another man to murder. Why would they do this? Well the Pow Wow man believed the victim had put a Hex on the man he was advising. The death caused national outcry. Then some 60 years later a film was released. Based on the events it sees Billy Kelly (Chad Lowe) living in backwater Pennsylvania. When he meets Dr John Reese (Donald Sutherland), a charismatic but heavily divisive Pow Wow man, it leads him to faith, hope and magic. It also leads to charges of fraud, anger at the lack of effect and the death of animals on the local farms. Reese also suffers from mental health issues and as he deepens into madness, it leads to rage and a murder. 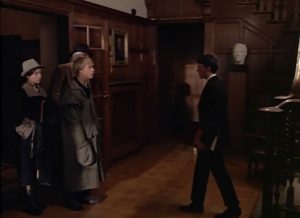 Sometimes Arrow release little more than awful trash films that don’t really connect to me but I understand their audience. Other times we have a film like Apprentice to Murder. A slow creeping nightmare of tragedy and delirium that plays on religious and historical themes. Its so subtly in its exposition, natural in its narration and paced in its performance that you watch in a trance like state of engagement. I suspect that Sutherland, Allan Scott and director Ralph L Thomas all understood the need for this slow and intentionally worded piece. Voiced and visually held with caution and control that makes it seem so uncomfortable. Making the experience wash like a wave and hit you as such. Crashing into your subconscious with a thump. I delighted in watching it. I suspect if you are compelled to watch a film like this, then you like me will adore it. 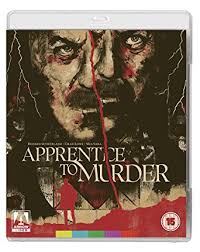 2K transfer is lovely. Excelling at the dark hues but also that natural light in the 35mm print. The best three things here are that audio commentary by Bryan Reesman. The best part is his unpacking of white magic and Christian sects which is exceptional. Kat Ellinger would be the go to person and the video interview does not fail to inspire. Ellinger works on the idea of Gothic and Magic without missing any small detail or tone. The other thing I loved is that Pike interview.

• Optional English subtitles for the deaf and hard of hearing