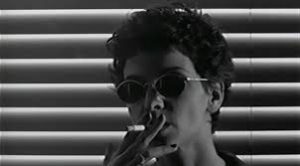 Abel Ferrara ode to the vampire myth, is more than you might have heard. From its caged use of blood, to its profound introspection on the self. It looks like a silent cinema nightmare, sounds like a night with Nietzsche and revitalised a cinematic genre. Kathleen (Lilli Taylor) is a student of philosophy.Researching religious theology and social theory, she happens across Casanova (Annabella Sciorra) late one night after a party. The ensuring attack, changes her life and lusts forever. 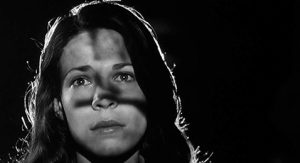 Ferrera might be the greatest religious film maker of his generation. The films of his mid 90s period (though his early works are infused with religious commentary) are loaded with religious iconography. Take with that religious philosophy and you might look at it as his experiment at divining human introspection. 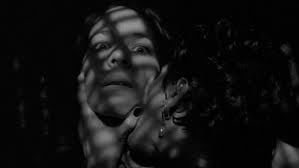 THE ADDICTION is seeped in the questioning of divinity and how its search, for anyone addicted to something (read drugs or vices) is tortured and difficult. Blood is to be spilled but so is human frailty. Ferrara seems to understand more than anything else, those seeking something vast and eternal, are often trapped in a perilous state of dependency and addiction. 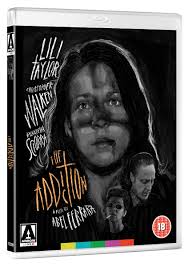 The disc is excellent. The high points are the restoration. 4K black and white transfers that are sublime. Its the film as the director and his DOP wanted it to be seen. Mood and media merge to craft a black and white nightmarish vision that is Noir to its core. The other high lights are the commentary which see Brad Stevens again with Ferrara. He is filled with queries and questions, probing and prodding. Ferrara is straight and swearingly superb.