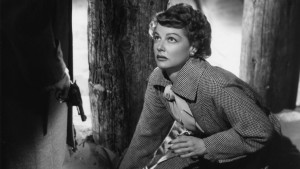 After he witnesses the murder of a gangster, Frank Johnson (Ross Elliot) has to run for his life. His wife Eleanor (Ann Sheridan) however is less lucky and is dragged in for the questions about where her husband could have gone and how much trouble he will find at the end of the gun of the bad guy. She doesn’t know where he has gone but then he might have left her clues. He might have left her with something or someone to talk. As she searches a journalist (Dennis O’Keffe) turns up and  things become complicated fast… 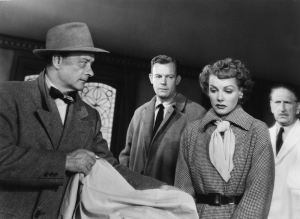 By 1950 Film Noir had run a course and was now into genre mixing and playing. This meant that films were becoming either cooler, darker or as in this films case a marriage of fast words and tension. Ann Sheridan plays this film like a screwball comedy and that works a treat. It is also then pegged against a darkly horrid turn by O’Keffe. This black and white is great and adds to suspense, tension and the finale. Also good is the visual matrix. Director Foster has been missed over for many a year and hopes to be that this film is his outing. A clever use of space, canted angles and lighting, make it feel unbalanced. This creeps in to the viewer and has you often at a disadvantage. 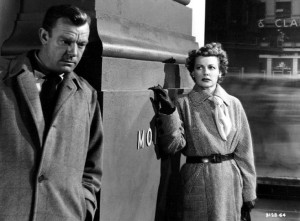 So the film looks great with its 35mm restoration. The extras are good enough but Eddie Muller is the king in the chair and makes for some amazing cinematic conversation. The documentary is not as good as the other on Tears but is still compelling enough a one time watch. The other stand out here is A Wild Ride: Restoring Woman on the Run – a stranger-than-fiction documentary about the restoration. It shows the love and dedication of artists to a medium they love and respect. Noir City is great. The booklet is also very good an overall the money is well spent on this film.