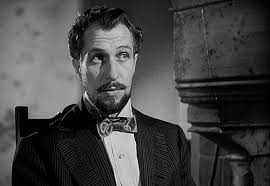 ‘For those who believe in God, No explanation is necessary.’ For those who do not, no explanation is possible’. The release of a classic Hollywood religious film is both a pleasant surprise and an odd spectacle. Religion is a tough sell to almost everyone in the audience. From those faithful, that visit every Sunday or the atheist that does not believe. It can be seen as either to religious and offensive to lay folk or it is not religious enough and offensive to zealots. What we get with Song Of Bernadette is something utter different to expectation. Both rewarding and vital. 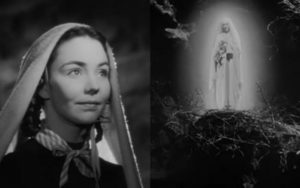 Bernadette Soubirous (played with doe eyed grace by Jennifer Jones), is a young French woman living in Lourdes in the 1800s. She experiences vivid visions of the Virgin Mary. Many dismiss her claims, stating she must be insane. When a spring rises up from a small area pointed to by her vision, this changes. Priest Dominique Peyramale (Charles Bickford), begins to believe her. Eventually, Bernadette is deemed a saint, and becomes a nun at a convent, where she must deal with jealousy from others who resent her revered status. 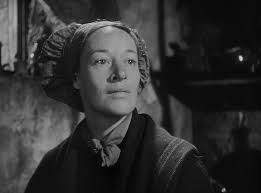 The first thing to note about the film is that it did win awards, including for Jennifer Jones (though she was romantically linked to David O Selznick and this had a lot of weight!). Song Of Bernadette is a beautifully realised film on faith and the myriad ways it transforms lives. Filmed with care and respect, it balances a commentary on faith with a period eye to the Second World War and the horror of the Nazi’s persecution of millions of innocent people for their faith. In  a world of uncertainty, many feel the draw of a force that is so very certain. 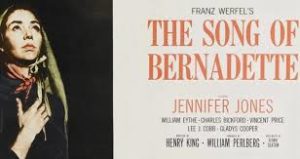 This film under pins that devotion. Now, even if you only want to take away cinema studies notes from this, you have loads. The booklet (the only extra but it is very good) details a lot of this but some of the extra pieces are the sets (dressed up from HOW GREEN WAS MY VALLEY and it also shares the same cinematographer), the film is a valuable link to Hollywood in the war years and the creation of film language. This and more in a simple film about faith….