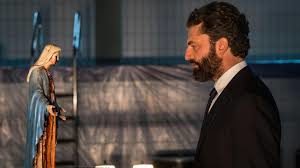 A mob boss’ hideout is raided. Police find a Virgin Mary statue locked in a room. This seemingly innocuous plastic sculpture is weeping tears of blood. There is no answer to why or how. This mysterious icon is sent to a secure environment. The Italian prime minister is called to see this statue by his general of the military. He is slipping from power over an Italian referendum over Europe but the power of the enigma might cause an international crisis. This mystery has consequences. From a lab technician with a dying mother, looking to the phenomena to save her.The priest who has lost all faith and now seemingly has experienced an epiphany. The wife of the Prime Minister can see nothing in her world except her own desire. All of this washes over with the ever flowing blood of the eyes of Mary, Virgin and device for change . Will the state of Italy be saved by the icon? 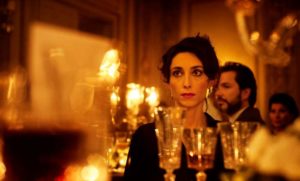 The Miracle is more than a religious drama. It is more than an Italian socio political drama. It is a revelation experience, navigating faith, the pernicious manipulation of truth and the power of lies. Packaged inside the drama of 5 lives, are a number of questions. For me the most interesting is that question which Niccolo Ammaniti (writer of such things as AS GOD COMMANDS) has often brought to the front of his discourse. This is about our place in a world of absent control. A world where we control little and one where everyday events can bring awful new realities. 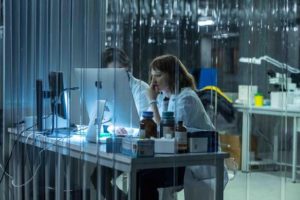 When we have certainty, we have failure. Because to be sure of something is dangerous. Ammaniti has found a connection not only with his audience but with the producers of YOUNG POPE. Why is this important for the series? Well it has allowed the topic to draw textures in the themes (and others). The exploration of religious themes that are difficult in some groups for instance are handled here without divergence or hubris. That in itself requires a level of skill. Its makes for a compelling, if not totally satisfying series. One which has now been commissioned for a second series. A series that will hopefully tie up some of the loose ends that were left and the themes of disharmony in a world of irrational senses, to run deeper and richer. 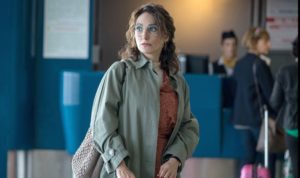