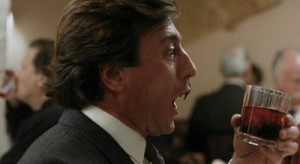 Slugs often live in your garden or in the woods. They slither around and leave a trial of slime in their wake. Slugs often eat all of your gardens delights. From flowers to vegetables and even maybe a tree if they so feel the urge. Now it also appears that Slugs are bent on a rampage of human flesh and blood. They want to kill every human in the small town of some remote part of America. These Slugs have teeth, are huge, love to mate and have a nasty secret hidden in the sewers… 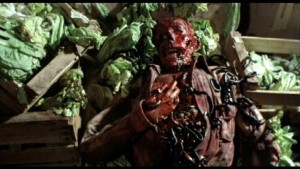 Nature based horror or natural horror films are a rare but enjoyable ride through the US cinema of the horror genre. SQUIRM, SLUGS and of course PIRANHA are three of the best known and loved of these. This is not the best of that series of films but is a fun examination on the effects of environmental pollution, personal fear of the wild and the distance place between human and wild. It has joyful and playful set pieces, mixed with outrageously over the top horror sequences and a fair spread of blood red. 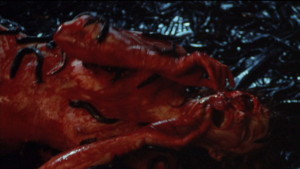 Slugs is not for everyone but it is a film for those looking for a slice of cult cinema that also can be deconstructed and reconstructed as metaphor. Like that zombie classic The Living Dead at Manchester Morgue, it wants the audience to see affect and effect. Affect of the town turning on itself and effect of the policy of a town looking to save money and maximise the capacity of an environment that is taken for granted. Bloody brilliant in both counts with great film making and productions to match. 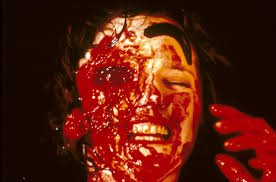 So the Blu Ray is grand enough. Arrow have to reveal a showy new print of the film and it looks a million plus. Commentary by the author is excellent and Hutson is a real character. Alexander commentary is less fun in truth. The interview is like a same old experience and you learn little bar the FX one that is amazing. By this i mean you can learn so much about how the film is made and what it took to make a film that is often very convincing.  The collectors book is great and has essays for the reader of film in its mix. 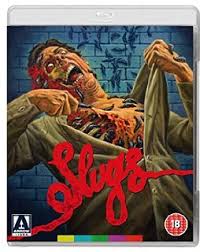