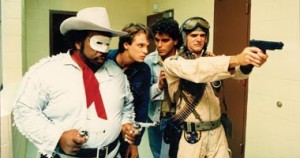 After the war of fresh vegetables and fruit (tomatoes are a fruit?) against the human race, the tomato threat was squashed, those killer tomato things are back. Thanks to a mad professor and a secret laboratory, they have set out to kill humans. By mutating from ordinary tomato things into super soldiers and the like. One of the tomatoes actually has mutated into a beautiful woman and another into a fuzzy tomato. She escapes to the human world and wants sex… as well as freedom… 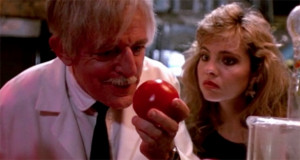 Send ups, satire and sardonic, self reflexive films were often the rage in the 1980’s. Many of them like the excellent Avocado Woman and Hot Shots were ridiculous and absurd but this should be seen as a positive. Just like Airplane before them, they used silly to great effect. Silly stuff it was and may well be but today you have the funniest film to hit the low budget film scene of the 80’s in review. The send up is intellegent and hits its targets of the right wing, cinema convention, the sequel, the genre, the stereotype and even gender… perfectly. 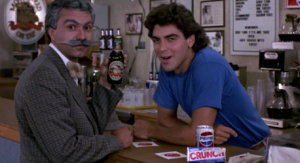 Take the excellent reversal of roles, the silly insights of film form, take the convention send up and more. I love its irreverent tones and its product placement, director talks and film, within film meta steps. Even the ending is superbly funny and takes down the big budget 80s films very well indeed. Over riding convention and constraint to make a film like this is a testament to good film making and film makers… It is also done with such fun and comedy that you can see all involved are having so much fun… 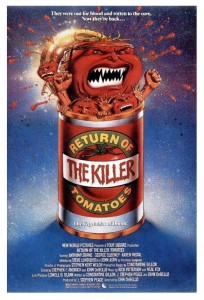 Arrow have done it justice as well. Great clean transfer for the blu. Commentary by De Bello is funny and silly as the film without making it less so. The booklet is a gem and in the end makes that money spent even more worth while!