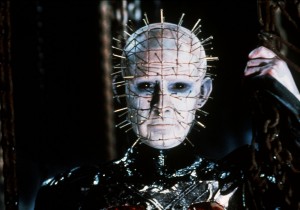 From the depths of hell come the Cenobites to play with anyone that opens the mysterious puzzle box. It begins when Frank Cotton comes back from a trip to Egypt and while there purchased a gold puzzle box rumoured to have special powers. He opens the box in his dead mothers house and unleashes the pain and torture of the sadistic cenobites. They dispatch him and send him to limbo of sorts. However when his brother Larry and his new wife Julia move into the house, the awful truth comes out after an accident spills blood and resurrects Frank. The sequal takes us past the events of the first film and into the dark sublevels of hell. We are sent there via a mental hospital now inhabited by Kirsty, the daughter of Larry. The third part is the story moved shores to America and the 90s dream of money, sex and rock n roll. This however is not a dream but a brutal nightmare as the cenobites return to take people back to hell. they want to play games, with big prizes from more blood and body parts to souls… 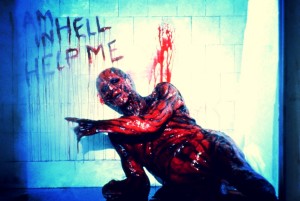 Bit on the nose but at least I dont need GPS

The orignal Hellraiser series is finally available to own on Blu Ray. This is a great time for people like me and I imagine people like you. I could tell you about the original film, which in my opinion is a masterpiece and the best horror film of the 80s.The film was a dark meditation on religion, greed and the family. The old statues of catholic superstition and guilt, surround and scream kitsch but they serve a purpose. They define the spirit of 80s rejection and greed.  It took the point of three people, driven by personal gain and dark desire. When the sequel took the story down the line of subversive medical desire and physical torture, it worked. It underlines the themes of the first by swapping religion with science and good/ bad plays again as did before. The third part is a mixed blessing of 90s cinematic technique and story construction. We have the origins explored, as well as a great step away from the now empty brace. This made for a film still able to connect with themes of the past. We arrive at the darkest heart of the series so far. 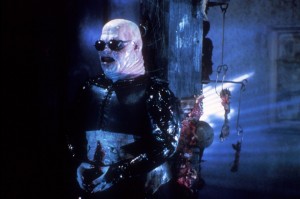 So now you want to know about those discs? Well below is the listed info on what is on each disc. The new prints look ok. The first two films are grainy and the 2k adds little extra. The sound is clean and textured but only on the second and third parts. The Third part has never been so good. Much of the content is taken from elsewhere. I want to make a point here and explain that if you have the Anchor bay DVD then the extras are the same bar one additional feature Leviathan. This is a great doc on the series and is very much worth the time. The Barker Book is great as is the additional disc which has new features as well. Anchor Bay covered much ground in this series on disc and Arrow have taken it a little along the road….  The real truth however should be this. Well done to Arrow for putting on a great film. Putting it into a format well deserved and then making it have a treatment fit for kings….Well cenobites at the least…