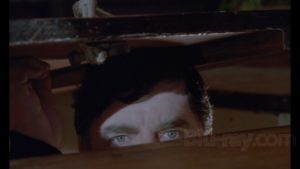 I feel a fraud, critically analysing Dennis Potters work. It can feel like running your eye over Welles or Dutt. To truly understand SECRET FRIENDS, do not start by watching the film. Watching instead Graham Fuller : Keeping secrets. Its refreshing. It unpacks the film intellectually and substantively. Finally, it makes sense of a film that, at times, misunderstood and at others dismissed as undecipherable. 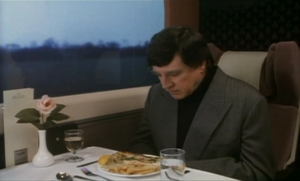 During a train ride, illustrator John (Sir Alan Bates) falls into an identity crisis. His problems blur in his imagination. His difficult life has broken elements and fragments of fear. From a marriage on the rocks, dreams of murder, sex with prostitutes and call girls, the fracture of the rational, mental health, a long-dormant secret friend and the observed and observing. John is in meltdown. However he also might just be about to come out on to a new life and new hopes. 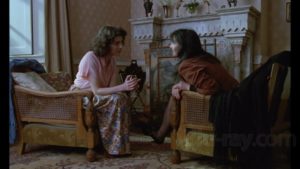 I refuse to make much of the film under standard criticism. It is a challenging and provocative assault that must be seen. I can however talk of the disk. The best bits are the HD transfer. Stunning. Frankly stunning. The Fuller analysis. Short, sharp and filled with detail. Brilliant. McNiece piece. Its a Potter conversation with champagne…why not. The bits I did not like. Not enough extras on the disk. Needs more or need to be longer.