If you google search ‘YOUNG WINSTON’, you find a whole host of pieces about historical films, empire films and British colonial cinema. These pieces are often wrong headed but raise an important point about how this country has changed and evolved in its last 200 years. Richard Attenborough film is far more balanced, intelligent and rich then it is given credit for in these pieces. 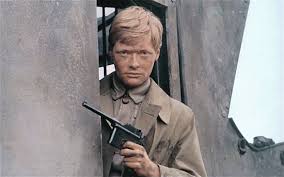 Sir Winston Churchill (Simon Ward) narrates the events that led him from his childhood to manhood. From a junior officer in India, eager to become a member of Parliament. As a boy, living in a boarding school but deeply unhappy there.Removed and sent to Harrow School. Churchill decides that his life needs to be focused. What it is he wants to do with his life is to go into the army. Three time he tries to sign up and on all three attempts, he fails. Then Churchill is finally accepted to Sandhurst and officer training. Determined to succeed, he stands and makes the myth and the man. 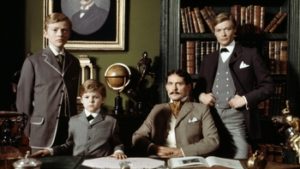 Attenborough captured much of the myriad portions of Churchill. The things are times do not like. Complexity of a human as an actual, bonafide creature and not myth or monster. I will not go through the duality of a man, nor will I stand and simply destroy his legacy. I believe what is best (and what is being achieved here) is the most important thing film dealing with historical figures can do. The person is extracted from the cardboard character. 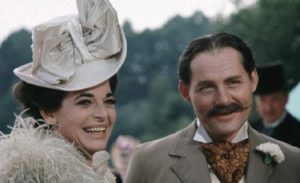 Shedding the lies and focusing on the building blocks there in. Simon Ward plays it straight and occasionally it feels leaden. He then acts with youthful abruptness, to counter but thankfully Carl Foreman’s script steps in. This is a work of art. It allows room for the above reclamation to begin and to plateau and then to finally summat. The results are at times dizzying for historians and delicious for film fans. Robert Shaw is also. He and Anne Bancroft prove that chemistry and character go a long, long way in epics of this calibre. 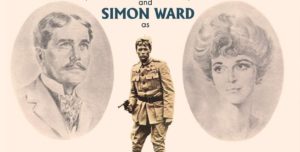 I had the DVD of this. Bought it when it was floating around some 5 years back. Was never under whelmed by it. This HD remaster just emphasises how it was rather good. Some of the lack of light range has been corrected. It looks less blown in the exterior Africa parts and feels warmer in the interior, school and home places. 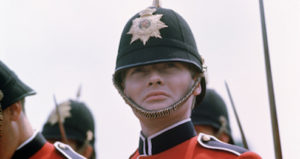 Indicator are fast becoming the best extra features producers in the market. Criterion have deeper pockets but slim down a lot of their current stuff. Eureka are good but only really pay into their bigger box office draws. Indicator add VFMHED (value for my hard earned dough) by going out on all releases. Right, top 3. 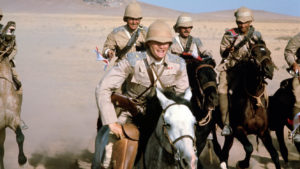 At 3 is Deleted scenes (7 mins): five scenes from the ‘roadshow’ version, including the alternative ending with Winston and Randolph Churchill. I like deleted scenes and these are no exception. Take from a much screen, run around version it does little by way of adding to the film or story. It is just interesting to see how they take so little away from the film. No 2 The John Player Lecture with Richard Attenborough. Listen to the story about how he learnt to direct and OH WHAT A LOVELY WAR. He hints at legend and legacy, while speaking about legends and their legacy. No 1 is Limited edition exclusive 36-page booklet. I have not seen it yet but I suspect it will be a major reason to by the film before the 3000 limited run is over.