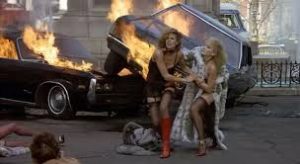 From Irvin Kershner (the guy who made The Empire Strikes Back brilliant) comes this slasher, mystery, giallo slap up. All from a script from the ultra talented John Carpenter. Laura Mars (Faye Dunaway) who just to note is no relation to Bruno! is an ultra talented photographer. She has a gift for the visual and controversy. Her latest venture captures violence and in particular murders from her native New York. All imagined of course, well almost imagined. You see she dreams these deaths and they are her nightmares maybe? however to the public at large its just too much. When however see witnesses a murder of a friend via a psychic episode, she becomes worried. When police detective Lieutenant John Neville points out that some of her images are exactly like the murders of an unsolved serial offender, it spooks her. When she witnesses the murder of another woman, it provides her with proof. She can see what the murderer can… 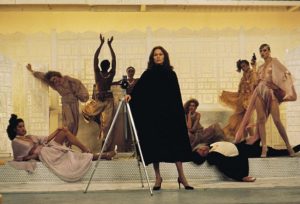 Legend has it that George Lucas hired director Kershner for The Empire Strikes Back because he was very impressed after seeing an early rough cut of the film. Why would he do this? Well I could only guess that it was simply how Kershner (and have no mistake this is his film and he is what makes it) crafted performances from actors know for rigidity, excess and a lack of empathy. He makes the film warm enough to buy into but dark enough to work on its themes of consumerism as a consumptive force, the brutal power of fashion (more relevant now then ever) and the blur between what is gained and lost by the taking of a fashion photo. Or to put it directly, how we lose our personal space forever within the frame and allow ourselves to be compared and commented on forever.Its flawed. Boy is it so. I mean it lacks a solid plot, which slip slides and throws up occasionally absurd red herrings. It has no ending of which to appease it viewer and it feels like often the cast might be in on a joke that we aren’t. This is me sating that its played more as a black comedy about a mad woman blaming a patsy for her blood lust? All this said when the strings of Native New Yorker ring out, much is forgiven. 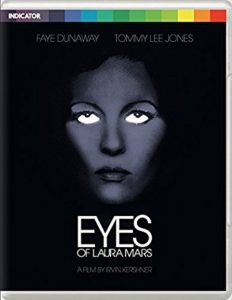 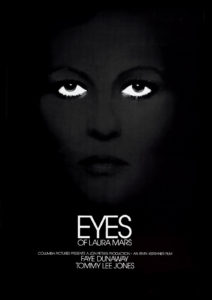 Extras are grand so here goes. The remaster is an improvement on that DVD which had wears and light issues. The commentary has been around before but works wonderfully and since his passing, it is now we see what a great director Kershner was. Kat Ellinger piece is worth some investing in but I feel it not her best nor her most developed work. The photo feature is great. Rebecca Nicole Williams and the booklet is very, very good indeed. Rebecca Nicole Williams or the Celluloid Sorceress delves into the fashion aspects of the film and in doing so, opens it up to the world…somewhat.