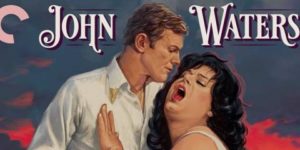 Waters is the master of trash and sleaze. After hits like MULTIPLE MANIACS and PINK FLAMINGOS, both were swipes about taste, trash and extreme. Then he turned to a studio. For his first studio picture, filth king Waters lavished his biggest budget yet to allow Divine to get all out and perfect a role unlike any he had played before. A merger of melodrama from the stable of Sirk and the 50s and his satirical swipe at everything. 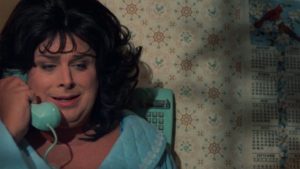 Francine Fishpaw (Devine), is a Baltimore housewife, married to a pornographer cinema owner, has two children that are literally idiots and able to smell with amazing perception. Francine is ashamed when the local group of youths censors, protest. They hate her husband and her useless kids. She turns to the bottle and hits the drink to escape away from the blues. Then a hunk named Todd Tomorrow (Tab Hunter), appears in her sights and her arms. He also tingles her nose..with aromas galore. 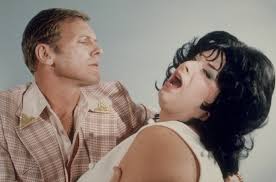 John Waters. The king of sleaze, smut and sardonica, has made a solid friend here. Criterion collection have seemingly become good bedfellows with him and thank goodness for that. I am looking forward to some more of the releases but today we have to pride ourselves with this odorama classic. Firstly, it might be his most enjoyable riff on genre. Secondly it is Waters best use of Devine’s range and comic reach. So two strong lead ins. But, 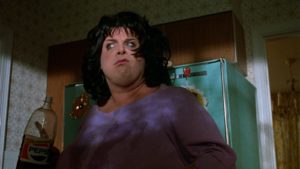 what makes POLYESTER so much fun however is that it is for film fans. Why? Forget it shows how much Waters gets the play on genre convention. No. It is the fact the whole film zings and zips without hesitation. Jokes rock and roll, the filth is handled with consideration and finally great setups and payoffs. 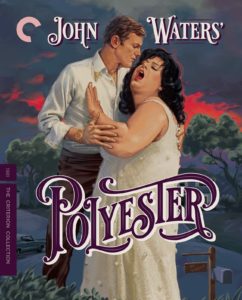 Right Criterion Collection have achieved some level of surprise here. The 4K is not outstanding. The main reason is, the original never looked that good but its clean. Though the levels of colour were not rich but a bit flat.

So, to the top 3. The commentary has been around. This is a good piece of work however. Waters version here is from the older times of the medium and it is a lot of detail. All fun however. Conversation between Waters and critic Michael Musto. Well I have to say I loved this. The two wing each other and then go at it. All chuckles and giggles. The scratch and sniff card. Its delicious and watch it with the film for maximum fun.