ON THE WATERFRONT BLU RAY 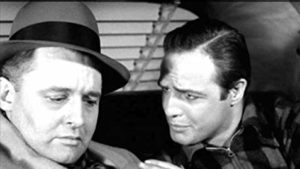 With 41 reviews left in my career, it is left to me to almost hand pick the critical eyed films. So when ON THE WATERFRONT was placed into the bag, I could not resist. Not only for its the best picture and director winning clout but also for its Teamster revealing, Brando powerhouse performing and staggeringly superbly script elements. Needless to say I was thrilled and with the added note of it being released from The Criterion collection, no less. Well it had to be the go to film for me to cast my judgement over. 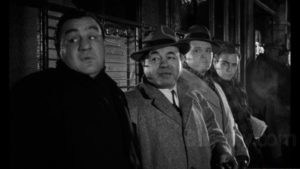 Johnny Friendly (Lee J. Cobb) is not friendly. He is a union man with muscle and reach. He runs the docks and even when the Waterfront Crime Commission, connect him to a string of murders, he is not scared. Witnesses are silent or silenced. Terry Malloy (Brando) works the docks, while his brother Charley “the Gent” (Rod Steiger) is Friendly’s no 2. Terry lost a chance at the big time in boxing, thanks to the connection. When Terry falls for a girl whose brother was murdered, it will mean he has to break the usual social silence, for her love. 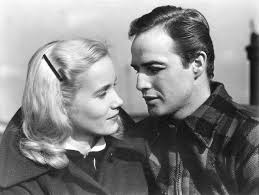 Directed by Elia Kazan. Yes that Kazan. The director of GENTLEMENS AGREEMENT, A STREET CAR NAMED DESIRE and EAST OF EDEN. Many of these have substantially interesting history’s, but ON THE WATERFRONT is a cut above as in its production history. Kazan has often been labelled as making the film for the overt themes within. Ostensibly a tale of a man naming names for the common good, it is so much about his life and his conversations with the HUAC ( don’t know what that is? It’s the House Un American Commission). Half of the disc is about this and there are humongous extrapolations. 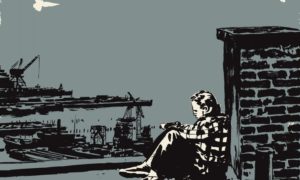 His agreeing to name names, caused anger, consternation and even his honorary Oscar 40 years late, saw protests. This seems to overshadow a spellbinding piece of art. ON THE WATERFRONT has an exceptional story (both within the film and morality at its core), it is performed with depth, maturity and stands up even today. Unpacking considerably, the eras wars with the diffusion of criminality in society. It is a film for all time and even today deserves to be seen.