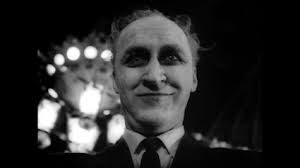 A midnight movie masterwork from the days when films could run on for years. Mary Henry and her two friends are challenged to a drag race. They speed across the bridge, clashing and scuffing but then suddenly the car plunges over the side into the river. Mary miraculously surfaces, but is unable to remember what happened. She goes about living her life. Taking a job and playing the organ. When a strange man appears in her window and in her rear view mirror, it might mean something dark and menacing is after her. 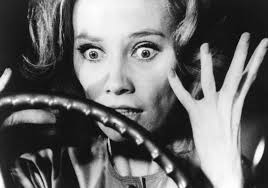 Carnival of Souls is the ultimate film that inspired a million others. Its the ultimate cult film. The ultimate film that we all know of, have heard of, want to see etc. What I mean by this is you have heard of this. When you get to the surface of it, you have to rationalise that the film is a cultural phenomena and one that must be seen that way. A film that was so distinct from anything else, that it left baggage. It is a film that draws on cinema. It also expresses the desires of what cinema could be. For any wanna be film maker or critic, it is essential cinema. 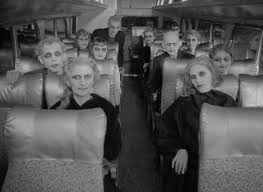 4K digital transfer – A film that has drifted into public domain. The film looks stunning. Cleared up are all those VHS prints and awful worn out parts.

Selected-scene audio commentary featuring director Herk Harvey and screenwriter John Clifford – Yep. This is the good stuff. Harvey is warm and funny. Giving the detail of his direction and performance. It edges over when Clifford talks but its very fun. 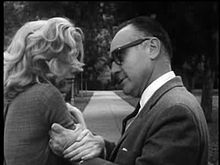 New interview with comedian and writer Dana Gould – Gould reflects on the film in its time alongside Psycho. I love his bounce and that great thought on the Twilight zone, Hitchhiker and its richness.

The Movie That Wouldn’t Die! – The VHS transfers a little ropey but its a very personal take on the film. Features all the cast and head crew. Its an above average TV piece. 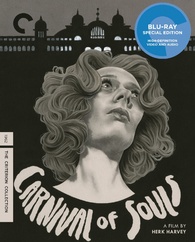