Showrunners The Art of Running A TV Show Review

An exciting and important documentary, Showrunners The Art of Running a TV Show has been a long time in the coming. Whilst the landscape of television is drastically changing; no longer assumed the smaller and slightly timid younger brother of film, recent shows like Mad Men, The Sopranos and The Wire opened the door for a new wave of cinematic event television with directors in focus (True Detective, The Knick) and writers bringing in the audiences. Sorry actors and actresses, your faces are no longer the only reason why people tune in. But really this revolution has been working slowly and masterfully for a bit longer, shows like Twin Peaks in 1990 made it clear that with the right minds, television could often excel and outmanoeuvre film.

Names like Joss Whedon (Buffy The Vampire Slayer, Angel, Firefly), J.J. Abrams (Alias, Lost) and Ronald D. Moore (Battlestar Galactica) bring in the audiences these days, when ten or fifteen years ago, their names would never have been spoken (unless of course you were David Lynch or a similar ilk). The men and women who showrun are just as likely now to get involved in conventions, press interviews and the like when before it was mainly down to the skilled professionals in front of the camera. Relevant and brilliantly interesting to those with a love of television or those wanting to get into the industry, Des Doyle wonderfully explores the world of the showrunner. Having to balance out working between production, direction, writing, editing and often a multitude of other departments, along with their creative teams, the showrunner is really the go to person. Sometimes the creator and sometimes not, they make their entire lives about the show they are working on.

Doyle really shows his own passion for television and the shows that are featured in the film, which explores several different 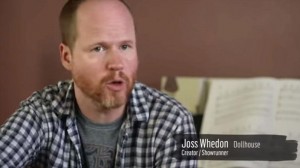 aspects of television production and behind the scenes work. From creating a show and getting a commission, to the filming and editing, what happens when the stars become bigger than the show itself and what happens when the plug is pulled? Whilst there is ultimately enough material here to look at making three or four films, Doyle expertly picks the most interesting information for his film. He curates and moulds the story he wants to tell in a way, which makes it easy and informative for the audience.

Following three strands, Showrunners is careful to never overload the audience with too much information but just enough to allow them to access the behind the scenes of their favourite American shows. Following the day in the life of the showrunner of Bones, Hart Hanson; from spending time with the writing staff and ensuring arcs are kept to, to producer meetings to work out whether anything needs to change in a script and spending time on set with the cast as well, Hanson illustrates to the audience just some of the arenas that the showrunner works within. A second strand follows the creation of House of Lies from writing the first series, filming and ultimately its premiere. This discussion segues into relationships with networks and whether a show is bound to do better with or without network interference. The question really does remain; does the writer know what is best for their own work? A last section, which worms throughout the film is chatting with some of the biggest names in television today; from Joss Whedon to J.J. Abrams to Steven S. DeKnight (Spartacus) and Michelle and Robert King (The Good Wife), these interviews allow a little insight into how this job affects their lives. 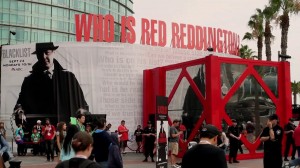 Of course Doyle also brings several other discussions into the film including a look at something outside of the norm, whilst the industry remains very white and male, he chats with Ali LeRoi about Everybody Hates Chris and Janet Tamaro about Rizzoli and Isles – where do their points of view feature in the television world at the moment and where do they see it going? He also touches on where television is ultimately going with the internet, most interestingly is what Damon Lindelof says of his time with Lost and the influence of social media as well as Jane Espenson and how Husbands didn’t even need television to exist.

A love letter to television, expertly crafted with a clear vision and justification, Doyle’s documentary opens up a world so many know so little about. Hugely enjoyable and well worth a watch.