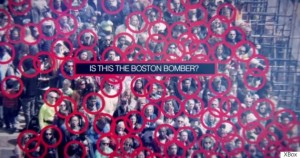 Whilst the intention for Greg Barker’s The Thread was to explore the impact of internet users on journalism and justice today, unfortunately it mostly comes off as a well put together television news segment. Whilst the first half keenly and expertly introduces the various lines of enquiry for the film, the second half is a series of repetitions and due to the single case study of the film, the 2013 Boston Marathon bombings, it cannot help but to be a narrow film with little emphasis on the greater world view. Of course, this also necessarily isn’t a bad thing because it explores, in depth, what was going on around the bombings themselves.

Many stories have come out since 2013, looking at and trying to explain the ‘vigilante justice’ point of view that swept up so many internet users during the event. But what is at the crux of this tale is that people were hurt and lives were ruined and this wasn’t just down to the blasts themselves but to those who thought they could aid the police in their hunt for justice. We live in an internet age, this is taken as standard today and many who use the internet on a daily basis, partake in some form in social media. Allowing us to catch up with old friends, listen to the newest music and take part in discussions with people from all around the world whom we have never met.

Barker is most interested in looking at the events that took place on the day of the bombings themselves and the week that followed; people jumped into action, dissecting images online, questioning motives and must damaging of all, pointing fingers. What The Thread so brilliantly illustrates is the audience’s need for social media on current events, the instantaneousness of it all allows people anywhere to find out what is going on and ultimately become part of the event. He looks at the way that Twitter reacted, making headlines in 140 characters even before the news channels had picked it up. Buzzfeed even makes an interesting appearance, explaining that whilst people lap up their favourite dog poses lists, they realised on that day they could become so much more as they did their part in bringing the news to the audience directly and uncensored.

But it was those on Reddit, who ran with this story and in turn, a whole cast of amateur sleuths were set on the trail to try and find out 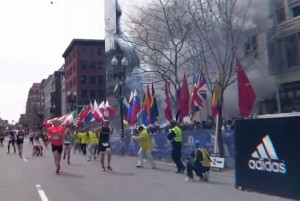 who the bombers were. The level of access that Barker and his team get in The Thread is outstanding, talking to those who took part in the discussions, looking at those who were moderating the threads themselves as well as a whole cast of other bloggers, internet writers and people who understand the power of social media. Through a selection of interviews, archive news footage amongst illustrations from the sites themselves, The Thread never makes quick judgements and never ultimately says whether it thinks the internet is good or bad for this reason.

Whilst, well paced and researched, the second half unfortunately spends too much time going around in circles. The same circles that the police took to discover who the culprits were and whilst interviews aim to bring the audience further into events, the film really runs out of the steam by the end. When it’s emphasis falls simply on the events themselves and stops being an exploration of what happened and who was affected as well as what else the internet can do, that is when The Thread loses its own thread.

Short and well put together, worth a watch if you are interested in the internet and the power that it has, The Thread sets up a world of possibility. But this will just be another in a line of films trying to dissect what the internet is doing to today’s society.