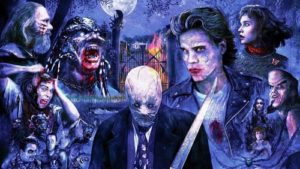 Right, you know, like I do the often touted story in film circles. This film has a special cut. It has an alternate version. It was butchered by the studio. It was killed by the producers. NIGHTBREED is a film with these sort of credentials. It began life in the mind of Clive Barker (yes he of HELLRAISER fame). Then after success, a film studio decided to take a punt and produce it. It was filmed and a version commeted to be screened. However the studio were a little sniffy. They recut it and then released their cut of the film. Because that is what studioes do. Often for stupid reasons. Thier version works on screen for a wider audience but it is not the version that Barker wanted. He wanted the version now labelled the directors cut. Wait. I know you have heard of the ‘Cabal cut’. That seems to be a film lecturers obsession and love of the film cut. He has taken everything that was out there and made an ‘almost’ complete version. 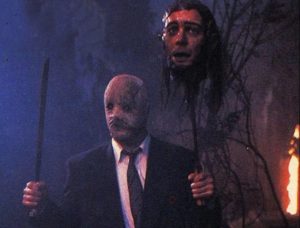 The dreams of Midian, keeps Aaron Boone (Craig Sheffer) awake at night. He sees creatures that are awfully mutated monster like beings. They are living in a graveyard that is a city. He wakes up. His psychiatrist, Dr. Decker (David Cronenberg), is worried and says that Boone could have been responsible for the murder of 12 people. Boone panics. He does not believe that he is a serial killer but maybe Decker is right. He flees to a graveyard that looks like the one in his dreams after another patient tells him of the location of ‘Midian’. Boone arrives and falls asleep in the graveyard. Awaking to the same creatures from his dream, he runs. Escaping to the outside, he is killed by the police when Decker frames him for holding a gun. Boones body is taken to the morgue and left to an autopsy. When ‘Midian’ is mentioned again, his body rises and he returns to the graveyard and to his destiny.

Ok. There is little point me covering the film without looking at the two cuts seperately. So the theatrical cut and Directors cut are different. The first is better for the broader viewer and those not familiar with Clive Barker or his work. Why? Because it is clearer and flows (if sometimes too quickly) efficiently enough. The thoughts are defused and not as dynamic for the Barker fan. It plays out like a horror movie. You feel the gaps however. The other version is richer, sharper, sexual and demonic. This means it is a more rewarding watch. Why? Because it never adds without defusing the content. The supernatural goodness. It is also a little long and jarring. Though not as much as the Cabal Cut. Which is to long and hefty. 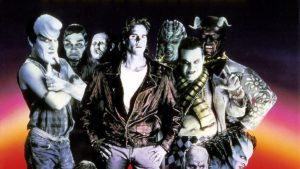 So the film is on disc one. You get both versions on that disc. The HD version of each are, too my eye, the Shout Factory  versions. It has the grainy, 90s wash all over it. Celluloid went out to thump digital and it really shows. Sometimes this makes it feel like a dream. Feel like a nightmare and feel like the inside of Barkers cavernous mindscape. As lovely as this is, if you have those why would you bother? Though the pack around it is a series of nice extras. So maybe sell that and get to this one if you want more for…the same. The audio on the directors cut is fuzzy and heavy. I liked it. I felt it. The shout version, I did not. 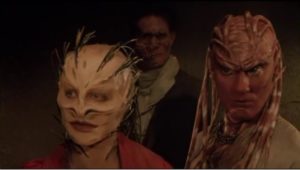 Ok. Top Five.  Walking the Line Between Heaven and Hell, a new video interview with critic Kat Ellinger is at the very top of the tree in this set. Ellinger carry’s the films multiple themes, from its writer and its context. This might become the definitive piece on the film for modern time.  Two, critics Adrian J Smith and David Flint glean from the theatrical cut, what I like about the film. Its nature of contained magic. They also ask the question why did they cut it? It fails in getting to the core. But its a good ride. 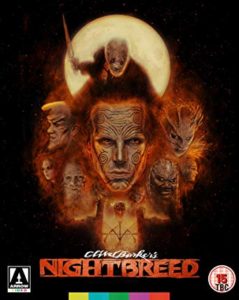 Making Monsters really informative. Really informative. Know your monsters and the HARD work that went into getting those crafted beings on screen. Original screenplay (BD-ROM content) yep. Its a read. A worthy read. Understand the film, read the original mind scape. Limited edition 40-page booklet I have not seen but I think you need to see who is featuring and know that it will be stunning….