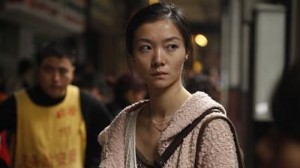 Being the opening film of the Cannes 2012 film festival is not the only French connection this film has. Producer Kristina Larsen and editor Simon Jacquet are key players of the European contingent that helped concoct this wonderful Chinese/French collaboration. It is a marriage made in heaven as the best of both worlds come together to create a completely absorbing film that is as familiar as it is unique. Analysis of broken relationships is frequent in French cinema but not all too common in Chinese cinema, certainly not in this very European style. But as the country changes so does its cinema and China is proving to be as productive with films as it is with every other industry.  Director Ye Lou constructs a film that straddles melodrama and crime thriller, boldly winding a path between them dragging an intrigued and beguiled audience in tow.

Lou begins with a scene of reckless abandon and joy turning into wreckage. The film begins with a chronological shakeup; a scene that is yet to occur throws a spanner in the conventional works immediately and grabs attention. This cataclysm is at odds with the drained colours in which the film is shot, adding a wonderful melancholy to the proceedings, informed by Lu Jie’s (Lei Hao) toil with her darkest emotions upon discovering her husband’s infidelity. Previously her life has seemed as close to perfect as is possible without invading the unholy territory filled with bilious cheerfulness, her friend Sang Qi (Xi Qi) is the one with the marital problems and Lu’s job is merely to listen sympathetically and try to advise. It is during one of these discussions that she spots her husband entering a hotel with another woman. This crux of the film is met with Lou’s persistent gaze and the blurred shame of the affair contributes to the moody brilliance of the film.

Hao plays her part perfectly, initially she is stricken and her confused movement is echoed by the camera which appears to be 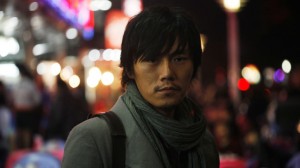 occasionally peering in from a skulking position to watch her grief unfold. Her body, like her mind, is shaken. Lu’s path diverges from one normally taken by women in melodrama as a cold and unpredictable vengeful determination takes her over. She follows her husband’s lover after spotting her leaving the hotel, following her into a public toilet; the tension of the simple meeting in the bathroom is palpable, Lou and Hao working together to turn Lu into a fragile yet intensely watchable character.

Lu’s husband Yongzhao (Hao Qin) has created a comfortable man’s world for himself where he has been getting away with affairs for years. After Lu confronts him he apologises but dictates when they will discuss it, little does he know the demonic puppet master Lu becomes as she turns his created world into one of confusion and angst, turning it against him. Yongzhao is a totally 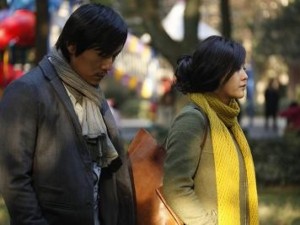 monstrous male character but Lou balances out the gender divide with the sympathetic character of the policeman investigating the car crash scene at the beginning of the film, ensuring there is no domination by one gender on the scales of morality.

Lou shows a more vibrant side when replaying the death of Yongzhao’s young lover in the car accident, a balletic scene that defies the laws of physics, the crimson adding a jolt of colour to the drab world he has created. Lou seems adept at the careful balancing act required to combine his two themes, the focus becomes difficult to discern but both the murder inquiry and the relationship breakdown are expertly handled. As the film becomes more and more frenetic and characters slip into murkiness, Lou ends the film with a wonderfully human moment, a brief depart that soothes the soul.