Beneath the its surface appearance of charming countryside drama Anne Fontaine’s Gemma Bovery is anything but. It is in fact a razor sharp take on Flaubert’s classic. Based on Posy Simmond’s graphic novel of the same name, Fontaine and fellow screenwriter Pascal Bonitzer have created a delightful film, funny, dramatic and oozing with sexuality. 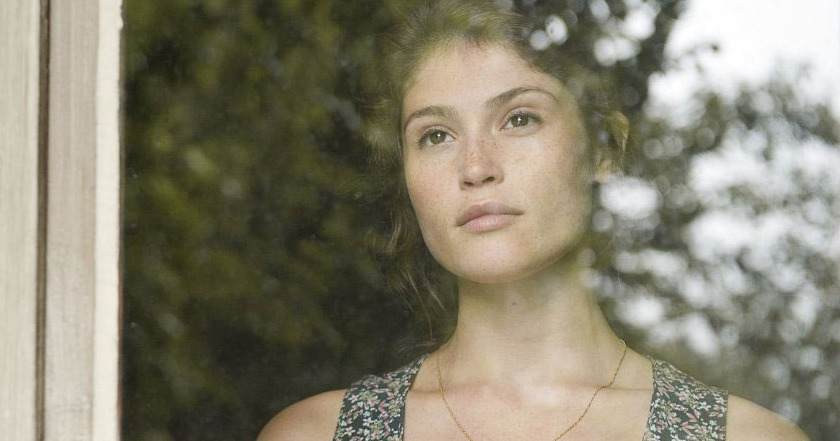 Gemma (Gemma Arterton) and Charlie Bovery (Jason Flemyng) relocate from London to Rouen in Normandy with dreams of an idyllic French countryside life. They immediately meet their neighbour, local baker Martin Joubert (Fabrice Luchini), who falls in love with the romance of meeting a real life Bovery. It probably helps that Arterton is impossibly alluring in the role. 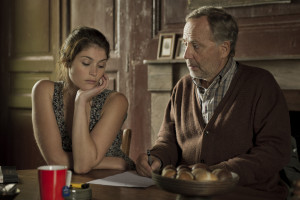 Martin’s relationship with Gemma is immensely comical. Fontaine’s delicate, insightful direction catches every slight expression on his face revealing much about the story while being one of the funniest characters on screen in recent memory. His intricate ticks and his comic timing are pitch perfect, elevating the story wonderfully. We are watching the tale unfold almost entirely from his point of view, he wants Gemma to be Madame Bovery, it would be an exciting addition into what has become a comfortable, slightly mundane existence.

Arterton doesn’t miss a beat in his seductive parody but it’s Martin’s desperate attempt at sensuality which is the real star, who knew there would be a modern day vehicle for a randy older man?!

The script is absolute genius. Knowing but not forcing its position. Light but incisive, the entire story could as well be in Martin’s mind but it is a privilege to be allowed access to such a mind. This beyond seductive, intelligent romp is beguiling to its last moment.