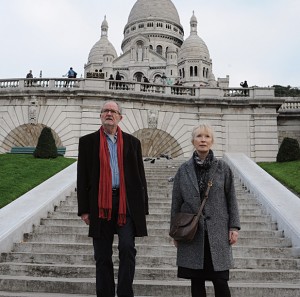 One of the best British films of last year, Le Week-end is a non stop emotional tantrum between a middle aged pair whose spark seems to be fizzing out. Expertly played by Lindsay Duncan and Jim Broadbent, the couple try their hardest to rejuvenate their relationship and try to work out what is missing between them. To remedy the mundane routine they seem to have fallen into, they decide to return back to Paris, where they had their honeymoon all those years before. With stark emotional intelligence in play coming from director, Roger Michell (Notting Hill) and screenwriter, Hanif Kureishi (My Beautiful Laundrette), this is both one of the most shattering but also most enjoyable of love stories. It is raw, real, sensual and at the end of the day, a celebration of love in all it’s forms.

Whilst in Paris, Meg (Duncan) and Nick (Broadbent) are both going through their own emotional collapses and the repercussions seem to play themselves out as a battle of words between the pair. Neither is really sure of the stability of their relationship and yet they continue to fight on simply because that is what they have been taught to do. When one disappears, or floats the idea of divorce, or moving away forever (or something else rather meant as symbolic more than literal), the other appears to reach a dead end. For the first half of the film they go on adventures through the city of love; they explore places they have been before and they visit some new ones as well. But when they bump into a former fellow student of Nick’s, Morgan (played by Jeff Goldblum) and he invites them to a dinner party where the spotlight is shone upon the ageing couple and suddenly everything they had come to love and hold dear is redefined and makes a lot of more sense to them.

Kureishi’s screenplay is part of the beautiful success of the film; the way he plays with words and sentiments is simple and yet seductive enough to make Meg and Nick hugely believable but also sympathetic. They talk like the rest of us and they act like the rest of us; there isn’t anything out of the ordinary or particularly special about either of them and that forces the audience to suddenly take a much keener interest and liking to the pair. Mixed together with the comic timing of both Duncan and Broadbent alongside their insatiable chemistry, it makes the delivery of those lines irresistible to the audience.

The location shooting adds another level to the film; Michell cleverly composes a world where this jagged and jaded couple are surrounded by nothing but the 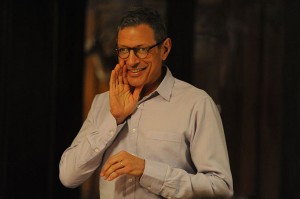 world’s best lovers. They walk around a city, which is so filled with love and intellect that the tension they feel themselves is mirrored in their interactions with the world around them. Yet, they make the best out of all situations and instead they mould and transform the world to work for them. In particular is Nick’s research and notes up on the wall in the very expensive hotel room they end up in or when they run from a restaurant after not wanting to pay the bill – they make their own rules and this is what brings them closer together. Of course, they visit all the sites that one would expect from Paris but seeing them through the eyes of Meg and Nick makes for interesting and provocative viewing.

Furthermore, the trio of performances are second to none. Both Duncan and Broadbent are simply stunning to watch; the ways in which they move and talk and the ways in which their passions come through allow the audience to wrap themselves truly in the character’s world. Added only by the comical and out of this world Goldblum, the film reaches its moments of intensity and yet never feels like it strains itself once.

Le Week-end is a joy to watch, truly understanding what it means to be loved and to love with all it’s annoyances, grievances and bumps in the road. It is beautifully shot, fully bathing in it’s locations whilst the characters are funny and true to life. A film to watch with someone who really understands the definition of love.