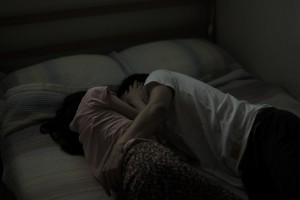 Award-winning writer/director Kun-Jae Jang returns with just his second feature and the Korean avoids a sophomore slump, displaying not merely promise but a refined talent. As filmmaking becomes more and more about the ability to innovate or shock audiences into rapture, Jang has found his voice in simplicity. Sleepless Night is a tender study of love and the intricacies of marriage that revels in quiet contemplation, breaching the walls of reality only to reinforce the naturalism of the film. It is storytelling of a high order, far removed from the cliché and saccharine that corrupts much of the story of love.

Jang’s story follows a couple approaching their mid thirties and beginning to consider having a child, the central focus of the narrative. The couple discuss things thoroughly and seriously but knowing each other as they do, inject humour into the proceedings. Theirs is a world full of love for one another. Their affection is matched by the tenderness in which Jang frames them. Their work is repetitive and mundane but they live for their relationship and the freedom therein, possessing a passion for each other’s company.

As the pair shower together they laugh. They gently wash one another appearing in total bliss. They appreciate the freedom their current life affords them, spending their free time almost exclusively as one. They discuss their problems rationally. Difficulties such 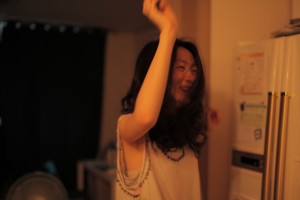 as money and work are solved with polite discussion. Potentially highly unrealistic, Jang solves the equation of an almost perfect relationship by delving into dreamland. Two jarring and fiery arguments are had in the dreams of the couple; portraying how life could be should their diplomatic stance crumble. But fortune favours them, the loss and recovery of a cherished bicycle conveys that there can always be light at the end of the tunnel and shooting stars in the sky.

Sleepless Night conveys clarity and stillness. The serenity of the city in which it is set is hauntingly quiet but embodies the tranquillity of the young couple. A wonderfully accessible piece, though only 65 minutes long, sharp writing and focused direction means Jang’s film exposes many attributes of these out of the ordinary people without any uninspired filler. Taught and remarkable, his rigid camera captures a simple life and makes it important, if only for a little while.