So finally a version of one of the greatest horror films of its and any age, is around for us to watch. There are multiple theories that float around the film DER GOLEM. Lots of noise. A few are interesting and even fewer are deeply profound. For instance, its affect on cinema of the period is one. The film being a partially lost film is another. Masters of Cinema have delved deep and long into the magical history of this. Extrapolating the Jewish legend of the avenging force, which inturn turned more to European folklore then anything else. The flashes of abstract horror, stolen from CALIGARI. Even mentioning the infusing of social commentary. MOC have taken the film and created something richly compelling from its celluloid soul. It often happens when you respect a film enough but it also happens when you work with a film tirelessly. 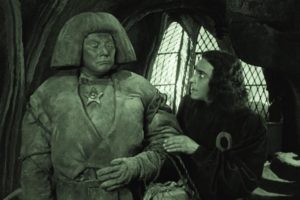 16th century Prague. Rabbi Low (Albert Streinruck) creates a forbidding clay Golem to protect his people from the tyrannical Emperor Luhois (Otto Gebuhr). Cut to modern times and an antiques dealer (Henrik Galeen) is searching the ruins of a Jewish temple. He stumbles across the golem (Paul Wegener), who is now a clay statue. This was brought to life four centuries earlier using a magical amulet and will return again. Possessed by a demon spirit the Golem is a seemingly indestructible juggernaut. It can as easily perform acts of great heroism, as acts of great harm. So when the Rabbi’s assistant attempts to control the Golem for selfish gain, it becomes a terrifying force of destruction. Murder, death, attack and harm are left in its wake. Only fire and death come from the hands of DER GOLEM. 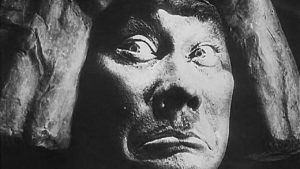 It is a case, with DER GOLEM that in order to make it work, you need the right feet on the ground, ideas in the mix and a little sprinkle of hope. MOC probably knew this, when they set about looking into funding this set. They invested in the FWMS produced and crafted,  gorgeuosly textured transfer of the film to 4K. It is a wonder if this film ever would look beter than it does. MOC have seen this and are to be applauded for the investment. 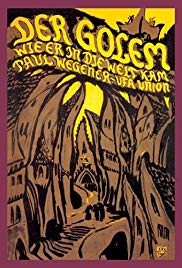 But the greatness of the set does not stop there. Exceptional in its creation is the three fantastic extras that raise the set off the shoulders. Firstly,  the best piece. Audio commentary by Scott Harrison is a resource that knows the film. Ignore much of the regurgitation of facts and themes by others. Get to this! I have avoided said because this commentary nails it within the space of a film. Then you might find yourself with filmmaker Jon Spira video essay. It is a very formidable analysis of the film as horror and conciousness. Delightfully pieced together without braking flow or focus. Finally for me, was the video piece highlighting the differences between the domestic and export negatives. This comparions denotes a large part of the feelings about it being a lost film and it being recieved in alternative ways. 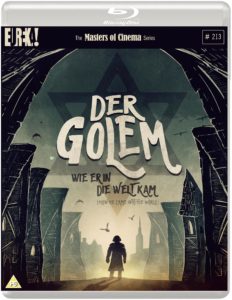