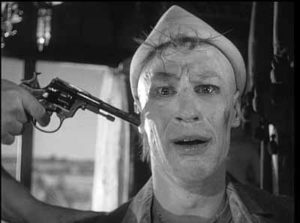 The circus travels across the Swedish countryside. The view from the caravans is land, follwed by water, followed by green emptiness. It visits towns rarely and traverses tundra. It brings laughs to children, thrills to adults and spills of heartbreak and desire to its crew. In SAWDUST AND TINSEL, newly released in glorious 2K, it also brings the lows and depths of despair the Human condition creates. The clown Frost (Anders Ek) is miserable at lifes hand. He has a wife called Alma (Gudrun Brost), she fails to guard her modesty and is found skinny-dipping in front of a group of leering soldiers. He has to fight to save her, while everyone looks on. Then circus owner Albert (Åke Grönberg) is tormented by wife, Agda (Annika Tretow), and his lover, Anne (Harriet Andersson). They want him to do more, be more and let them have even more. He is closing down the straw, till the last is gone… 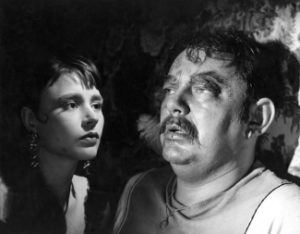 Bergman’s early work, might seem to be the definition of his style and meditations but it actually continues a pattern he mined throughout his career. He was to be the great examiner of post war souls. From a spiritual, philosophical, cultural and emotional stance. He was utterly scathing about the decay of the group and how it manifested in the war on the self. Either from it becoming the torture of Sexual or personal longing, or it becoming the desperation of finding what motivated life on a rolling rock in a universe. SAWDUST AND TINSEL is more than just a slice of life drama. It is both moving and uncompromising evaluation of how we have become so distant from each other. Its painfully truthful because of this. It might seem from the first tale, narrated by an inebriated driver, that Bergman wants to point to the emotional void in crowds but I would argue that the film is richer and more unsettling than this directs. It is a film about the individuals who live among the crowd. You and me. Stuck forever in a race to the end… 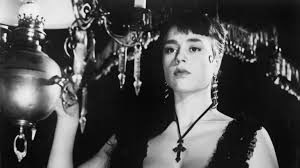 The 2K definition has created Criterions best release, visually and audiobly speaking. The picture is rich and clean. The light infuses and there is no loss of depth or texture. I know they have released a set in the US and would have loved to have seen all of the releases over there, as they have been given the same treatment…

Less to write home on. The commentary goes over older ground and brings slightly new points but lacks a fresher perspective. The introductions from the great man have been seen to death before. 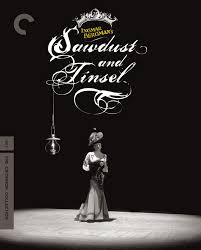