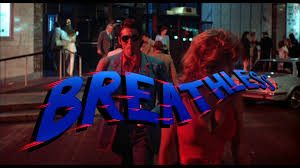 Gere shines with self indulgent verve in this clever remake of a game changing classic. Jesse Lujack (Gere) is working his was from Las Vegas to LA. Hes a waster but has three loves. The Silver Surfer, Jerry Lee Lewis and a UCLA architecture student named Monica Poiccard (Kaprisky). They shared a weekend together and he never forgot. On the fringes of the promised land, Lujack shots a cop dead and is on the run. He wants to get to Mexico but the pull of the life he had with the girl means he wants her even more. 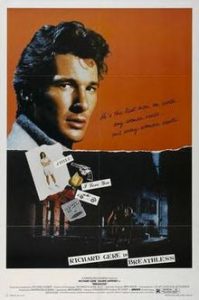 Jim McBride remakes a film that remade film language and created a new wave of cinema. That is a hard ask. Mark Kermode in his comments for an extra on the disk says as much. He also states how if you dont like this film (or any apparent untouchable film remakes) then you are pretentious and up your own butt hole.) Well not to disappoint I loved the film. Its witty in its use of genre. Plays to the originals self involved male lead meets dream girl. Constructs a pairing that are counter posed by place and circumstance. Flips their nationalities and puts her as rich bitch and him as local scum. Then it does something magical. 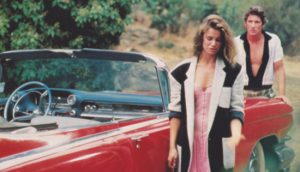 Pop culture sprinkles, retro cinematic conventions, defused cinematography that sometimes is so rich and crisp it feels like a Sirk film on speed. Gere is cool. He gets the swagger and plays just the right side of ego to make it work. Kaprisky is the perfect pairing. Naive and cold at first but then becomes his companion and finally his cross. Its a great film and one more the better for its creativity. 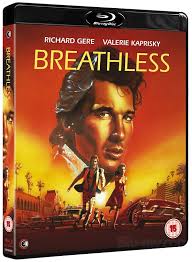 The transfer has been given a brush up. The day glo colours look great and the film plays with these well. I think its a little unfair to say they added little extra in the ‘normal’ or non colour lit scenes but it felt unsaturated. The light leaks a little or it is grey and very dull.

The Kermode extra is excellent and he waxes lyrical about a film he obviously loves. Talking about his avid watching on release and its inspiration to others. At 23 mins it is indepth.

Kaprisky didnt really hold my attention but then the film did so its all good!