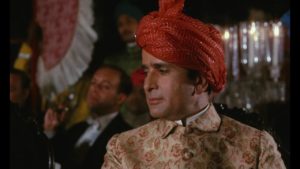 The identity marriage of colonial India and the post colonial sub continent is extracted in this stunning statement on a country that is again at a crossroads. Adapted by its author Ruth Prawer Jhabvala (and long time collaborator with Ismael Merchant and James Ivory) its charged with the heat of a country like India. A land simmering under rebellion and hope, mixed with the dust of a world that is in fall, decline, restoration and the wash of ages. A love affair and a scandal can only expected in such a climate.

Anne (Julie Christie), is a researcher. Looking to explore her own family and its Indian past. She inherits letters written by her great aunt Olivia (Greta Scacchi). These chart the life and times of the British in the country. Becoming obsessed with their revelations of her time and the unexpected turn of events in colonial India, she must travel there to find the truth. Flitting between present-day and 1922, its a parallel journey  of the allure of an imagined past, an idealised future and the country that even today lives on the precipice of a nightmare and dream. 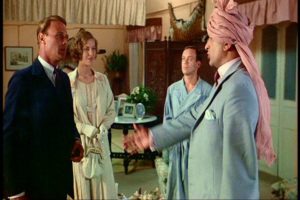 Well a standing ovation please for the BFI. 4K restoration is excellent and is an aside to the extras (very good and in comparison to that dull as dishwater DVD release, its colour reflects the beauty of the land.) The best four (yes four as three is not enough). First, Autobiography of a Princess is the best extra. A film about the imagined India, directed and produced by the team but with an eye to the nations contradictions. Onstage Q&A with Madhur Jaffrey is the second best extra. She is witty, fun and charges at questions like a warrior. What a woman. 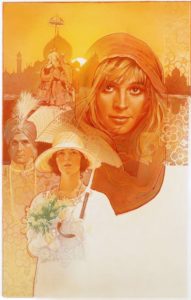 Third is the powerhouse group. The Guardian Interview: Ismail Merchant, James Ivory and Ruth Prawer Jhabvala. Director, producer and writer are all talking about their work and its many, many myriad aims. India as idea, colonial legacy and the power of narrative are just the few to aim at. Merchant Ivory’s Royal India to top and tail the above, this is well work listening and watching. Ivory is especially good at understanding his work.