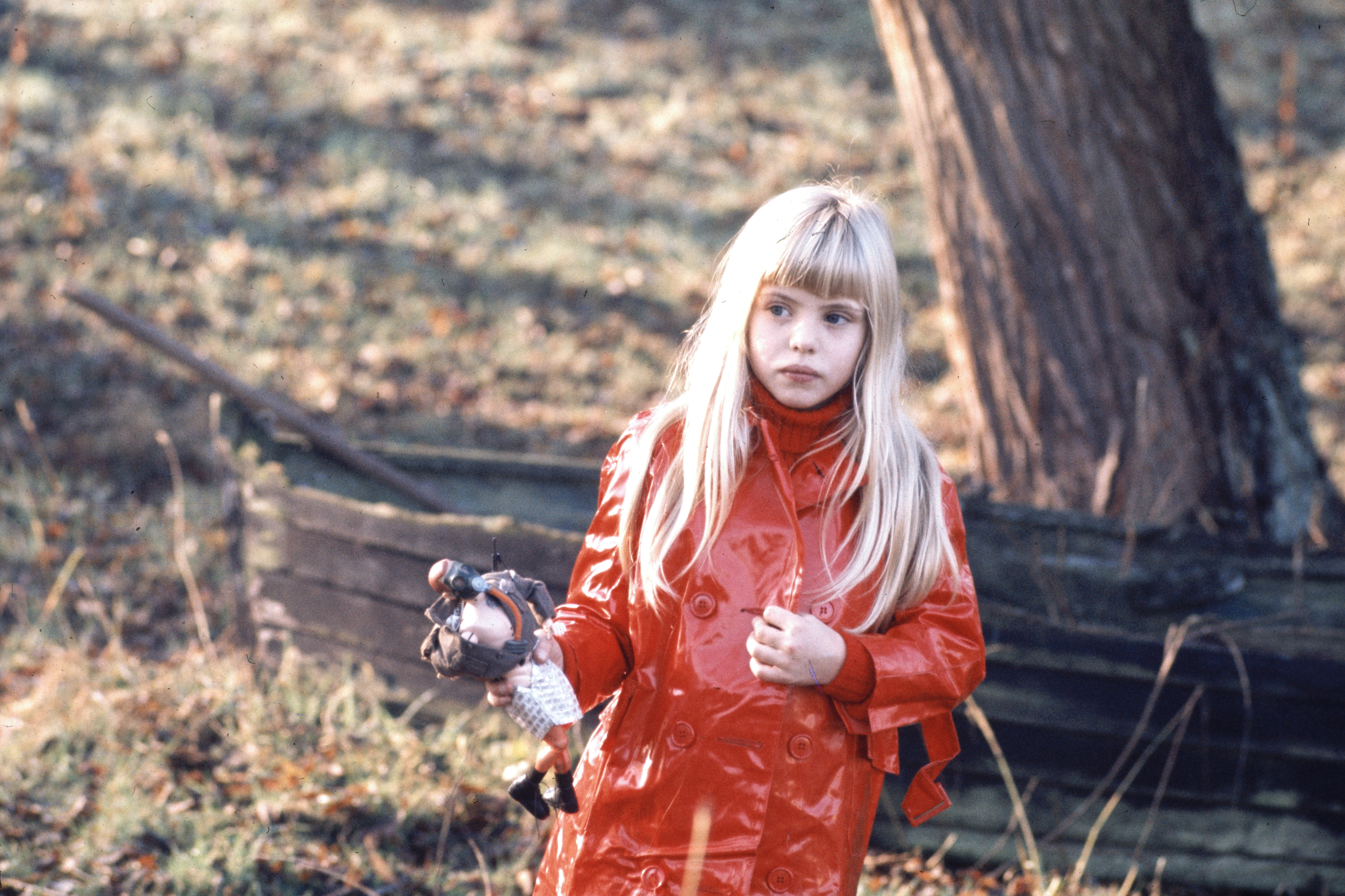 After the death of Nicolas Roeg last year, there were many rankings of his films on various outlets, but topping every single one was his seminal adaptation of Daphne DuMaurier’s short story Don’t Look Now. It remains Roeg’s most iconic, influential film, and Studiocanal have finally given it the Blu Ray release it truly deserves with this collector’s edition.

While many people talk about the sensationalism of THAT sex scene, or the shocking ending, for me the film’s continuing resonance lies in Roeg’s innovative editing techniques, and the sheer Britishness of it all. It’s groundbreaking cinema, but there is something unassuming about it at the same time. There is no pandering to the audience; Roeg jumps forwards and backwards in time and expects you to keep up.

The underlining idea at the core of DuMaurier’s short story was of someone who is simultaneously a psychic and a sceptic. Someone who doesn’t believe in the paranormal, and ignores his premonitions until it is too late. Roeg wisely places this largely in the background, focusing more on the relationship between Sutherland and Christie, but there are allusions throughout, with numerous uncanny moments, starting from the opening scene where Sutherland is drawn into the garden after seeing a red hooded figure in one of his slides. Once they’re in Venice, he starts seeing this same figure running along the canals, but ignores the warning signs until it’s too late, leading to the film’s tragic and horrific denouement. There is so much going on but Roeg handles it all incredibly deftly, culminating in an ending that’s both shocking and poignant. 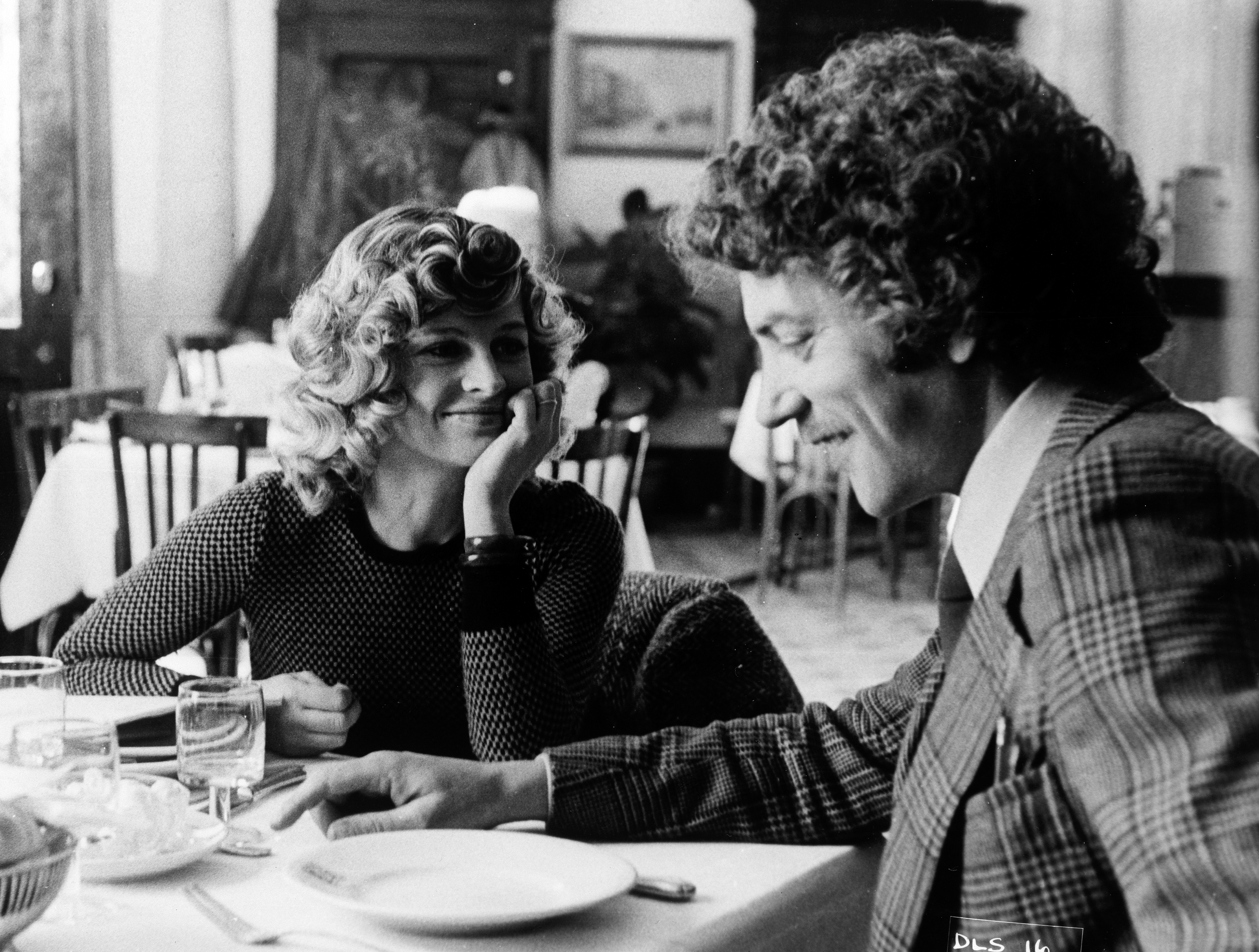 Roeg is helped immensely by the incredibly sensitive performances from the leads. Donald Sutherland and Julie Christie play grieving parents going on a trip to Venice to recuperate after the death of their daughter. While there, they encounter a pair of sisters, one of whom is a blind psychic, who claims she can communicate with their daughter.

You really can’t overstate the impact Don’t Look Now has made on cinema. Roeg was always ahead of his time when it came to non-linear editing, but here he used foreshadowing and recurring visual motifs to almost create a new film language. In one of the most notorious love scenes ever committed to celluloid, Roeg jumps back and forth in time, intercutting between the couple making love and getting dressed afterwards. Showing the couple dressing shows a very different kind of intimacy to the passionate love scene it is spliced with. It serves to make the couple’s relationship even more palpable, and cement the fact that this is a warm, loving couple struck by tragedy. Too often nowadays couples in film feel like they have been just flung together because the script demands it, but Christie and Sutherland feel like a real couple. Steven Soderbergh famously paid homage to Roeg by lifting the structure of the sequence wholesale for a similar scene in Out Of Sight. 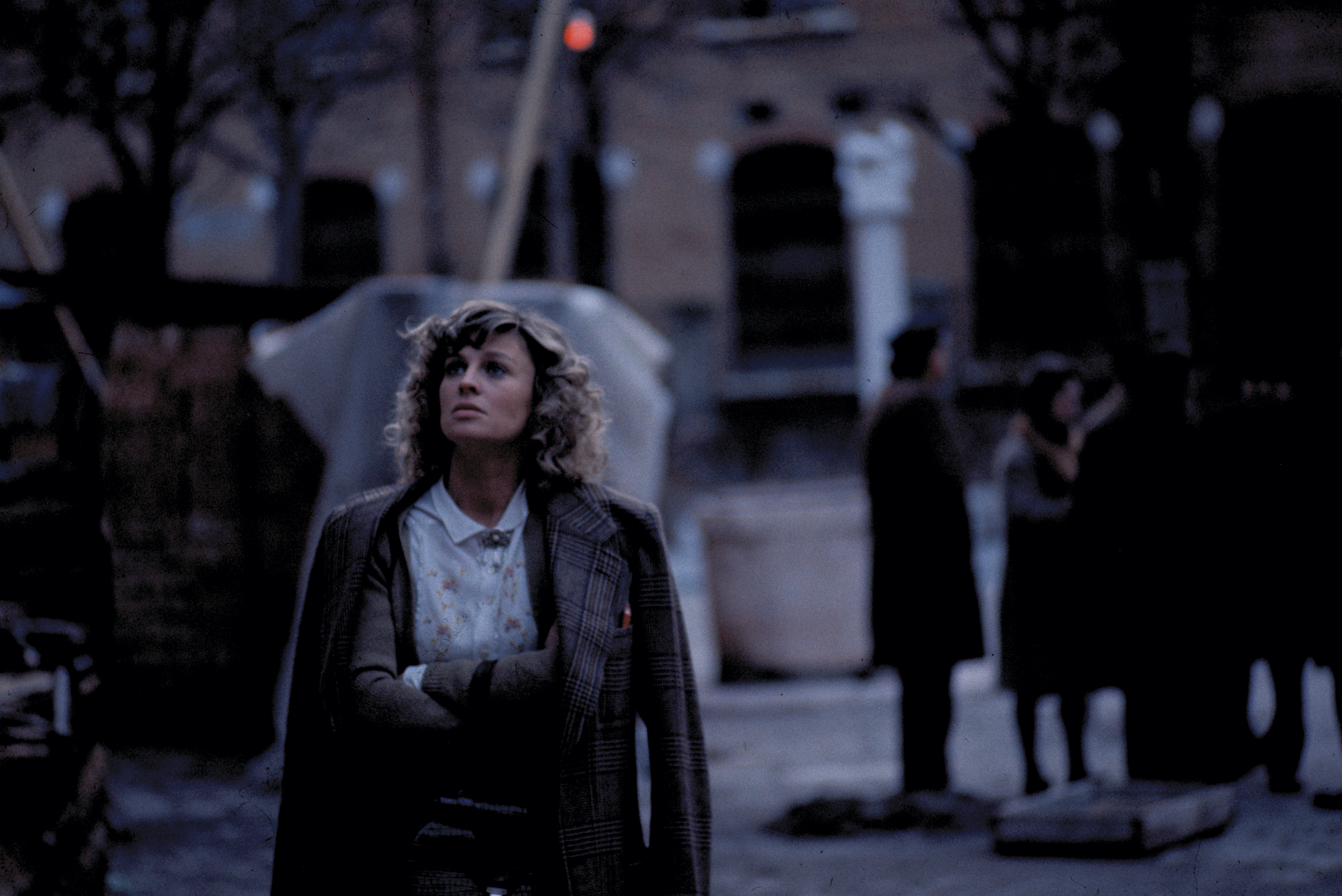 The greatest testament to the film is that it is still hailed as a horror classic, but for the majority of the film it isn’t a horror, rather an examination of grief. It’s a truly breathtaking film in all sorts of ways, for the groundbreaking editing, the beautiful cinematography, the sensitive and genuine relationship between Donald Sutherland and Julie Christie, and of course that ending, which sends a chill down my spine whenever I see it. There are very few indicators that this is a horror film at all, aside from an almost imperceptible, disquieting sense of unease that runs throughout, aided by the eerie cinematography and Pino Donaggio’s alternately light and weighty score, all of which are helped immensely by this 4K restoration.

The influence of Don’t Look Now is still being felt in horror today, in films like Hereditary and Get Out. It’s a sensitive interpretation of a shocking short story, keeping the fear and grief of the source material, and the tender normality of the couple, all while making it relevant to a film audience. It’s a genuine masterpiece, and it’s not showy at all – after the film’s conclusion, it just ends. No cursory explanation, no final epilogue, just credits. It’s the perfect distillation of Roeg’s style, and a quietly unnerving and unique film. 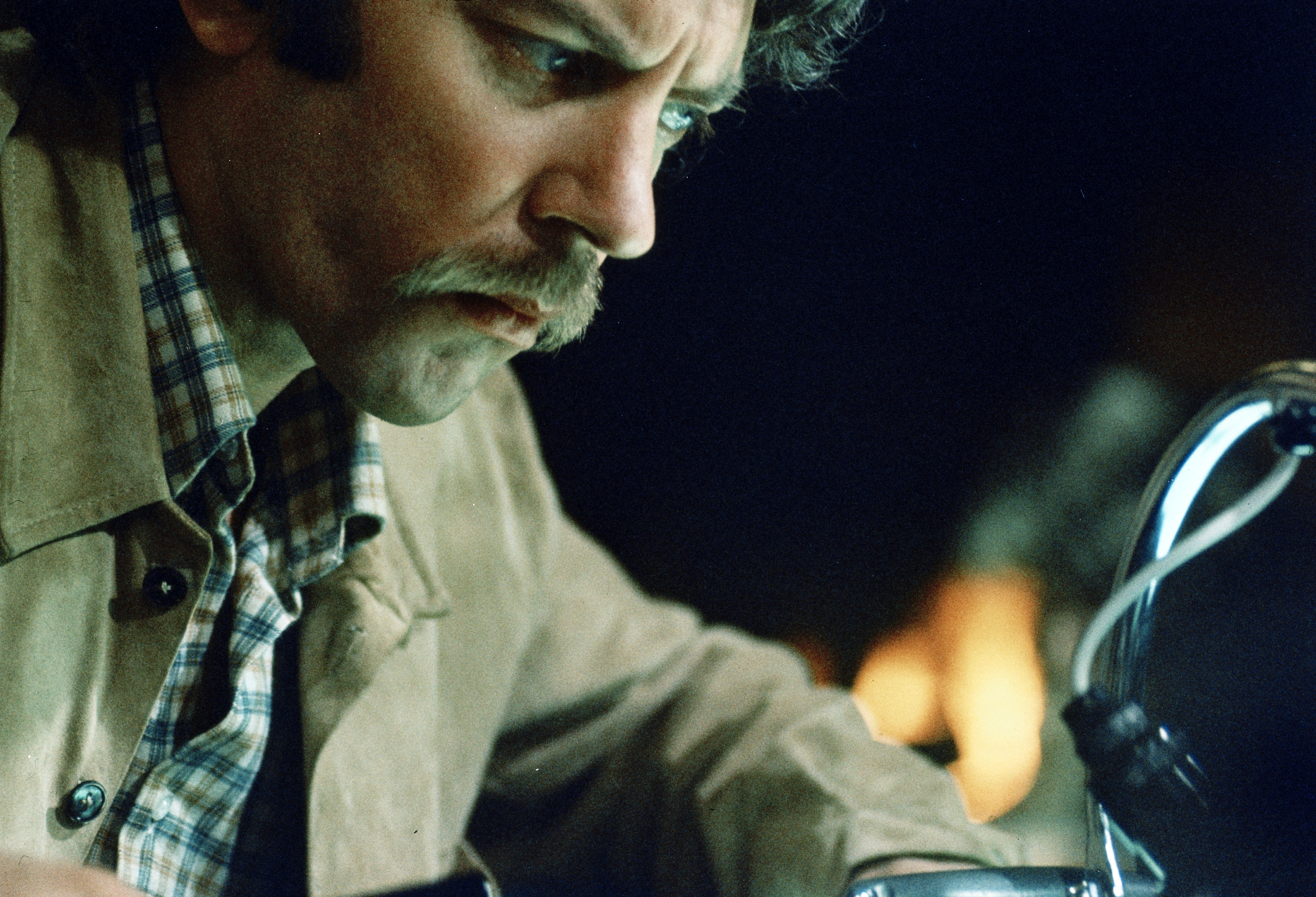 This 4K collector’s edition is a must have for anyone even vaguely interested in horror cinema. Packaged in a beautiful boxset, with notes and poster artwork, and the entire score on CD! The extras themselves feature a director’s commentary and an abundance of incisive interviews. There are also numerous featurettes on the film examining the use of colour and the restoration process, and an excellent documentary reflecting on the film’s legacy, with an impressive roster of interviewees. The film itself looks stunning in 4K, and Roeg’s use of colour is rendered even more vivid and striking. This is seriously a great version of a great film. 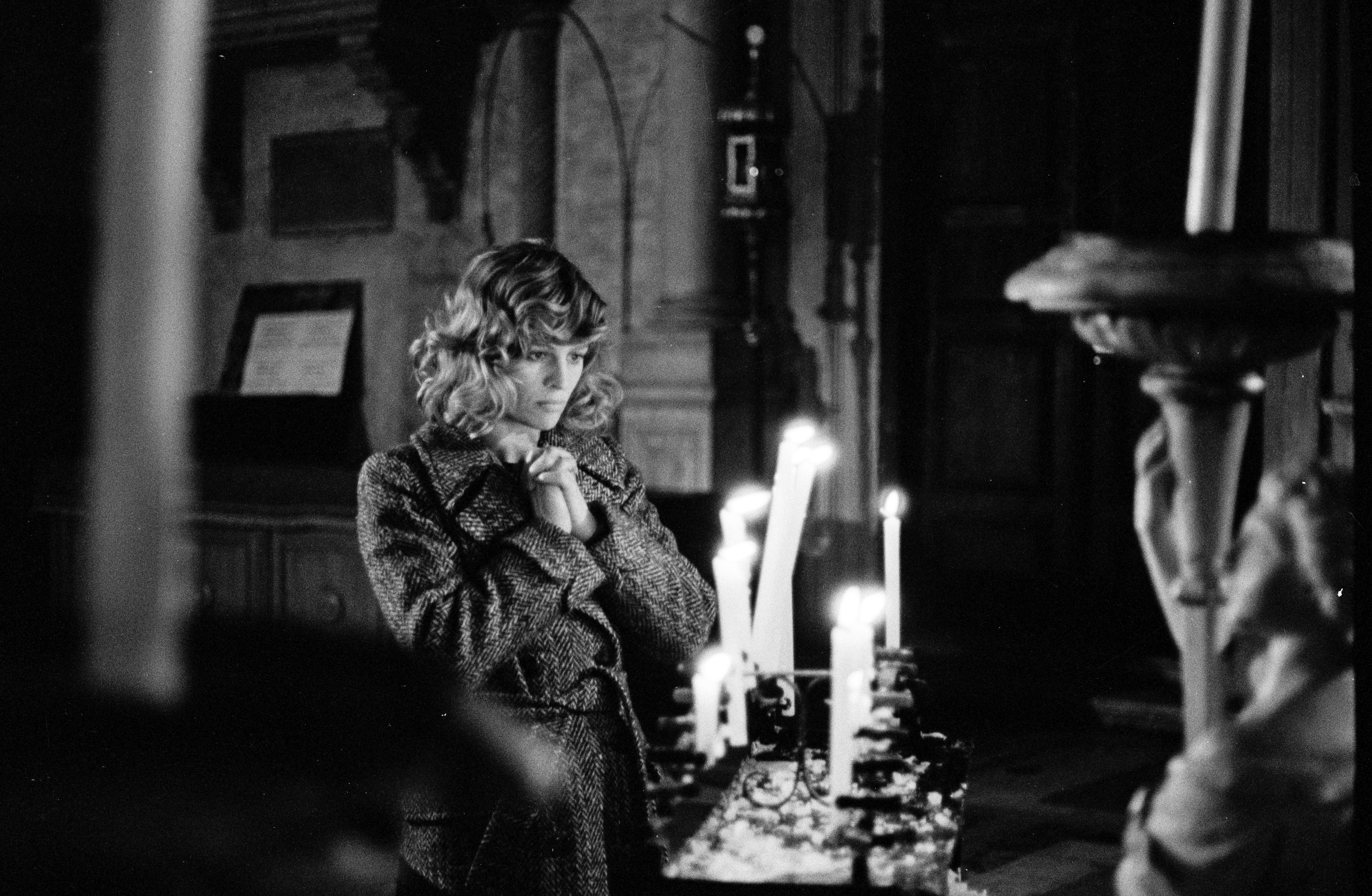