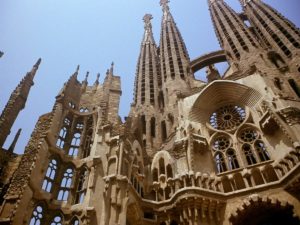 Hiroshi Teshigahara (Woman of the Dunes) wanted to tell the story of unfinished art. What does this really mean? To me it is best quantified as the way a viewer perceives a work. The way a viewer sees a film. The way we comprehend. The way we construct and evaluate. This is as much of the doing of Antonio Gaudi as it is of Teshigahara. It is also the central topic of all art, be that visual, written, sung and any other derivation of it that will be tangible to those connecting to it. Now after all this verbage, imagine an artist that never fully finished his masterpiece. 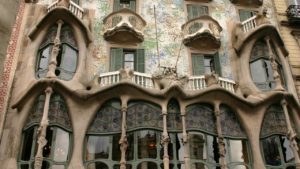 Gaudi is Barcelona. Catalan composer in brick, concrete and sight. Teshigahara points and shoots. He takes the buildings and lets them speak. Talking for themselves. Image. Ambient sound. The building speaks. Interior and exterior. Gaudi dreamt in human, gothic portions. Bone. Skeletal. Organs like the human being poke and pulse. Curves and canvas of the body. The femur and the tibia prod the air and dent architecture logic forever. 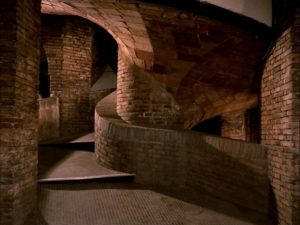 The thing that works in the Criterion collection ANTONIO GAUDI, is not the HD restoration. Nor is it the uncompressed monaural soundtrack. It is the extras. Ken Russell film of the man Gaudi. This is the explosion of idea and elemental forces colliding. Gaudí, Catalunya reveals how dreams are built. Sculptures by Sofu—Vita is excellent as well. Taken from the voice (and eye) of the masterly film maker Teshigahara. I think that these alone will sell the reason to buy the Blu Ray. 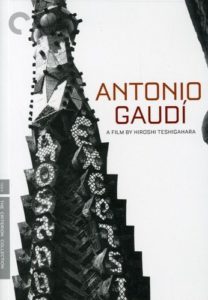