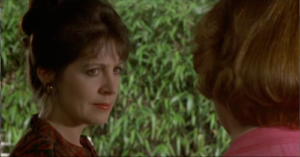 I am always depressed when I connect with art nowadays. Maybe it is due to studying it or maybe it is due to reading in excess, the diatribes about these works. Duality of art is more than a meta thing. Today, the reviews of note will wax lyrical about ‘how Meta something is…’ or ‘This Meta thing is so explorative…’ THE FRENCH LIEUTENANTS WOMAN allows us, the viewer to see into the creative process like nothing before or since (almost). 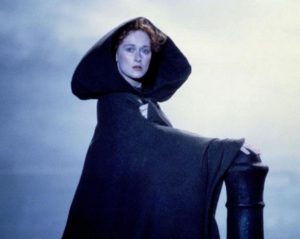 While filming a Victorian period drama, Mike (Jeremy Irons) and Anna (Meryl Streep) begin an explosive affair. The film mirrors life as Mike plays a gentleman palaeontologist called Charles Smithson, and Anna plays the emotionally complicated and troubled Sarah Woodruff. She is “the French lieutenant’s woman”. The affairs begin to merge between the actors and the characters. This adds up over filming. It creates a devastating toll on the pair. Their love, their performance and their lives are mixed and mashed together. This all leads to a destructive end game of emotional war. 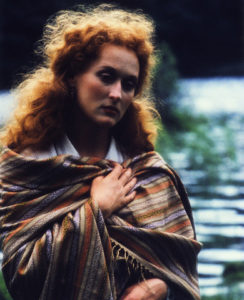 Karel Reisz, Harold Pinter and John Fowles. Three names that scream artistic merit. A film director who was at the fore front of the British New Wave. Pinter a playwright of phenomenal skill and intelligence and of course Fowles, the great intellectual writer. The three came together and made a film which is not as Sam Jordison suggests, a wasted chance. Jordison review lacks the nuance of seeing that the work intentionally underplays the weight of emotion. I agree that the film has issues. It is unbalanced in its narrative. This is due to the narration within the book. The other issue is that it confuses emotional resonance with pain. However the direction and performances translate the novels duality of event. The dual position of love on and off screen. The leads form a passionate mix and this gets the film over the line. 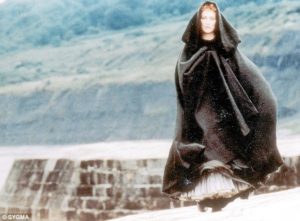 The 2K restoration might not excel to the heights which it or indeed we dreamed of. The colour ratio is diluted, the image is not as warm or clean as it should be. However it looks great in the Devon exteriors.

Ian Christie introduction is excellent. No surprise. Interviews are all incisive but I loved Irons insight. The best feature by far is the South Bank show. The heavy weights all sit down and speak.