Horrors and thrillers are kind of like balloons. Wait, let me explain. Tension and fear fill the film like air going into a balloon, hopefully reaching a pinnacle whereupon the film/balloon is now in a pleasing form. The finale of course is the popping of the balloon, a sharp 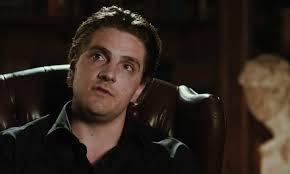 noise shocking everyone, ending with a bang. The film equivalents of this being a grand reveal or a life or death moment overcome, or not, leaving an audience shocked or often relieved. Anything short of this will end in at least some degree of dissatisfaction. The Conspiracy does not fill the metaphorical balloon with enough tension or fear, leaving the overall appearance slightly deformed and not particularly rewarding. Instead of being concluded with a bang it is left merely deflating slowly with a pathetic splutter.

The film is at its best as a pseudo documentary, echoing 2012’s The Imposter with its dramatic personage. Of course this film is entirely fiction and as the documentary style begins to fall away so does any chance of distinctiveness. Following two young filmmakers attempting to document a conspiracy nut, things take a twisted and badly conceived turn as said nut suddenly disappears. Instead of giving up, the two intrepid men stay on the trail, though one is sceptical, and uncover considerably more than they set out to.

The concept is familiar but the style does even less to break the mould. Eerie music and admittedly well cut titbits of talking heads fills the first act. This is the most interesting section of the film but it may well set its stall out too early and leaves the feeling that we have 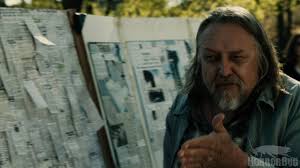 seen this all before, albeit maybe not quite as finessed. The inclusion of discussion about mental illness and delusion begins to ask questions of the sanity of one of the filmmakers, hinting at a possibly intriguing twist. This is quickly dashed however as the film takes the path through the crowded forest of the horror genre, with little to make it standout amongst other more finely executed pieces. Opening intelligently and with promise, the horror schlock from midway just doesn’t cut it here. Potential is trumped by easy revelation and comfortable genre tricks; maybe there is something better to come from writer/director Christopher MacBride but this attempt is far from redeeming.