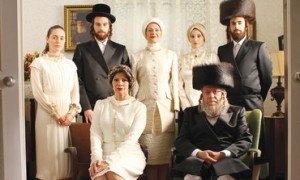 It is an amazing opportunity that films offer us, a unique chance to view other worlds and cultures completely removed from our own. Though there is always a chance of the information not being complete or the view being blurred, some are honest enough to present the exclusive possibility of seeing behind closed doors. Rama Burshtein’s touching and troubling Fill the Void is the very epitome of this, though it offers a fictionalised and relatively narrow view of the live of Hasidic Jews in Tel Aviv, it is a breaking down of walls that should not be missed.

Burshtein chooses a very select view of life in Tel Aviv, choosing to completely ignore the city and wider culture but to focus selectively on a set of families desperate to marry off their children. The writer director has constructed a tight script and filmed in soft, glowing light, illuminating her characters literally and metaphorically. The focus is on a programmed society, one where they do not look outside of the issues of marriage and children, fitting that Burshtein chooses to make Fill the Void contained within a few sets of interiors, leaving it claustrophobic and mirroring the 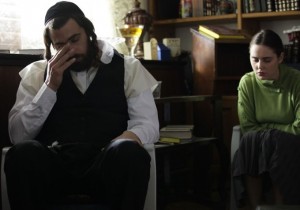 discomfort of many of the central characters.

The story centres on Shira (Hadas Yaron) and the decision she must make. Her sister Esther (Renana Raz) dies during childbirth leaving a baby and her widowed husband Yochay (Yiftach Klein). After spending some time grieving it is assumed, in this community, that he will remarry. When an offer comes that will take Yochay abroad, Shira’s mother Rivka (Irit Sheleg) takes it upon herself to come up with a plan to keep her only grandchild in Israel. She concludes that Yochay should marry Shira and embarks on her mission to convince them both, with Yochay being considerably more easy to persuade than his sister-in-law.

The deviousness of Rivka to convince both parties is as callous as it is calculated, 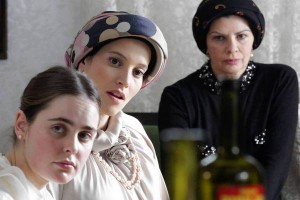 Sheleg’s switch between stern deployment of her thoughts and emotional blackmail is wondrous to behold, yet chilling to compute. Any thoughts of independence Shira may have had are chipped away as she is reminded of her duty to family and a deep sadness consumes her. Any emotional impact that may befall Shira due to this forced union is not considered, there is pressure on her from so many angles it is difficult to tell whose void she is filling. Her family give her the opportunity to choose but guilt may force her acquiescence. Burshtein is asking whether or not Shira’s guilt has any place in modern society, whether embedded in Judaism or not. Perhaps a spotlight on such a tragic rejection of freedom will be all too welcome to those who experience Shira’s experience for real.