The premise of Silence is a straightforward one: after hearing their mentor has committed apostasy (the denunciation of Christ), two Jesuit priests travel to Japan to find him. Upon arrival to Japan, the pair face tremendous violence persecution in the quest to find their mentor, and continue the spread of Christianity throughout the country. The film often respects its name – Silence has a great deal of quiet moments, which 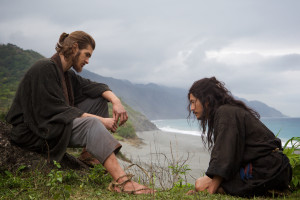 simultaneously allows us to better understand the priests’ moments of isolation and internal struggle, and makes the noisy moments feel all the more impactful. The film, directed by Martin Scorsese, is both a study of the power of faith and the conflict of belief, two things that have informed his entire body of work. Scorsese had been wanting to make this film, based on the 1966 novel by Shusaku Endo, for over two decades, and after a long, long wait, Silence is finally here. Despite the simplistic premise, the film is epic in scale, dealing with complex themes and running a mammoth 161 minutes.

Films with a distinct focus on religious faith are a rare breed in the 21st century, and the reputation of recent faith-based films like Heaven is for Real and Miracles from Heaven, despite their impressive box-office success, is underwhelming. The danger lies in being overly preachy, or simply preaching to the already converted. Thankfully, Scorsese has no interest in such antics, and while the films’ power is amplified for the faithful, it is fair to say that those without any religious affiliation can still get a lot out of Silence.

In times of seemingly endless persecution, how can one stick with their convictions? This is a key question Scorsese poses in Silence, as priests Rodrigues (Andrew Garfield) and Garrpe (Adam Driver) are often seen hiding from their enemies or undergoing torment. In between bouts of helping rural Japanese communities ingrain Christianity into their everyday lives, the two are hidden in silence in an empty, remote cabin. Scorsese shoots beautifully tormented scenes of the priests in their cabin, and as time goes on with no resolution in sight, seeds of doubt begin to seep into their minds.

There is something to be said, in particular, about Andrew Garfield’s performance as Father Rodrigues. Garfield, who has done pretty extensive work in the independent scene, is most famous for his portrayal in the abysmal Amazing Spider-Man films. In what is easily his most challenging role to date, Garfield rises to the occasion admirably. Scorsese has a history of actors undergoing physical changes, and while not as extreme as De Niro’s weight gain in Raging Bull, Garfield goes through a physical transformation, as their character’s trials and tribulations in Japan result in considerable deterioration. While Garfield’s slimming down of an already slender frame certainly adds to his performance, he brings a level of vulnerability that really allows for his character to be empathetic. Rodrigues’ struggle to remain a man of faith despite countless obstacles is a compelling one, and it is made all the more impactful thanks to Garfield’s winning performance. 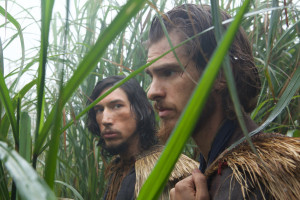 Unsurprisingly, Silence boasts world-class production values. Cinematographer Rodrigo Prieto effectively uses the remote locations (despite the Japanese setting, the film is shot in Taiwan) to highlight the Priests’ isolation and fear. Shooting on-location brings a vital sense of authenticity to the film, and while the images are often distressing, the use of sound (or lack thereof) adds an almost serene quality to much of the film. Longtime Scorsese collaborator Thelma Schoonmaker edits the film wonderfully, expertly creating tension and keeping the pace to a slow, steady burn. This is a towering film. Its images are complex and its ideas are plentiful. Scorsese balances layers tremendously complicated themes into a straightforward linear plot, which prevents the films message from becoming convoluted.

Silence is not without fault. While the appropriately slow pacing really helps to amplify the priests struggles, it sometimes feels as if the script does not have quite enough to cover the nearly three-hour runtime, and the film film drags as a result. The depiction of the Japanese Buddhists is troubling, as Scorsese’s intention to highlight the Christians as unmistakable heroes results in villains that feel more like caricatures than authentic people.

Still, Silence feels like a monumental achievement. This is clearly a deeply personal film for Scorsese, and the film’s greatness rests in its ability to convey such a personal conflict into a large-scale epic. Unflinching in its approach, Scorsese avoids preaching and allows the story to speak for itself, allowing a personal story to feel universal. Silence is not perfect, but beautiful, inspiring and challenging art rarely is.