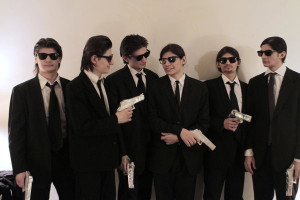 The Wolfpack is a documentary unlike anything seen before; it is confronting, emotional, exciting and fresh. Of course a story like this doesn’t happen everyday and to then be given access to tell the story on the big screen is even rarer but director, Crystal Moselle rises to the challenge and does a fantastic job.

A family is locked away in their apartment in the Lower East Side of Manhattan, their father is the only person to leave the flat to go and get food but the rest including the five Angulo brothers remain. This film really is the story of the brothers and how the world they came to understand was taught to them through their love of film. By writing down the scripts for the films they watch, to the grand reenactments that take place in the narrow and claustrophobic corridors of their apartment, the brothers learn how to interact with one another and keep themselves alive in a situation that could have gone drastically dark very quickly.

Whilst it is easy to say that the family was ultimately being abused by being kept shadowed from the world, The Wolfpack never makes any suggestion of that and it never judges the situation. It waits calmly for one of the brothers to tell the tale about the changes that they went through as they get older. Rather than any melodrama of child protective services or police or violence, in a calm and beautiful moment, one of the brothers explains that he had one day had enough and simply decides to walk out and experience the real world.

Moselle’s film is careful to never draw conclusions or jump too quickly around the place – instead, through 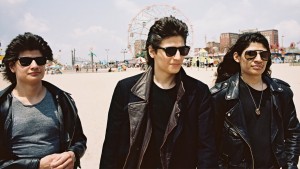 looking at archive footage that the family had filmed over the years, interviews with them now and watching their day to day routines, The Wolfpack starts to build an intimate and rather beautiful portrait of an alternative family.

The highlights are the times when the brothers speak of their love of film – as their only real passion, they were brought up on all kinds and it is through these stories that their creativity grows. Be it with writing, music or creating costumes, they come together as a team and with very little they manage to make a lot.

The Wolfpack is an important watch; as a study of documentary filmmaking, as a moment in contemporary culture and our relationship with the movies and as a story of an incredible group of young men who let their imaginations govern their lives.