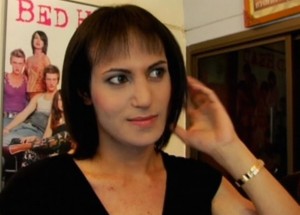 In a world where LGBT discussions and issues are more prominent than ever, it takes a very special film like The Good Son to stand out as doing something unique and interesting. Shirly Berkovitz’ incredibly powerful documentary about being comfortable in your own skin follows the 22 year old Or, who has never quite fit in; with those around him, his family and within himself. So he takes drastic action to change his life and learns what it means to finally be what he was always destined to become.

The film opens with a message explaining that Berkovitz was given video tapes, recorded by Or, of himself at home talking about what he needs to do to make his world liveable. He describes not having any friends or opportunities in life and what it feels like to always be the one in the corner, but he also explains that he knows that if he was able to change his gender and become a woman, then he may be able to go out into the world and actually live.

His plan is to fly to Bangkok, where he has done research into the doctors, the operation itself and the recovery time afterwards but before he can do that, he must get the money. What is interesting about The Good Son is that it is a very practical film, in the sense that there is little discussion after Or’s initial videos of the psychological side of the operation – so much conversation about sex change is about what is going on inside of the head of the patient but Berkovitz concentrates on showing the physical change and how that is going to affect Or’s world and those around him.

Or has a plan to get away from Israel with the money, having stolen petty cash from his mother’s purse. He fakes a 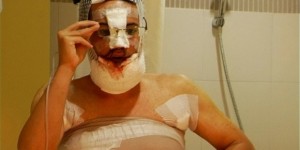 letter from The University of Oxford, an admittance letter, which he shows his parents who are elated with happiness about this. They never know that they are being secretly filmed by him. He gets their blessing and their money before leaving. It is at this point that the film is at it’s most emotional; whilst the audience know what is going on, his parents don’t and so the farewells, especially from his mother force the audience to become drawn into the story and hope that everything will work out for Or in the end.

His videotapes are cleverly pieced together by Berkovitz, to give the audience enough information to create opinions in their head but they are also very aware that they aren’t being shown the whole story. Or leaves and Berkovitz goes with to Bangkok, where they waste no time but take the audience straight to the hospital where the conversations with the doctors are brief but the result will be life changing.

Then Berkovitz comes into her own, documenting the journey of the operation and more importantly the recovery. When Or wakes up in the hospital, her face is bashed in and covered in bandages but instead of telling a moping story, the film moves quickly towards the day when she can walk around and start to function once again. Soon they move from the hospital to a recovery hotel, with other patients and a wonderful band of brothers scenario is built with different stories coming together from all over the world. 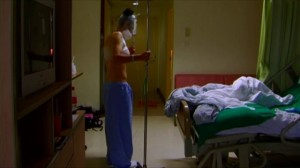 The real change is when Or goes to the salon to have her hair changed and make up applied; for the first time, her feminine features start to come through and slowly the salon technicians work on building up her confidence and allowing her to live like a real woman. But the journey doesn’t end in celebrations just yet, Or must return back to Israel and confront the parents that were left behind with the new version of their child.

The Good Son is an important and provocative watch, throwing up questions of identity, sexuality and relationships within the family unit. Berkovitz so wonderfully times the meetings between Or with her mother and then later with her father, showing the new version of herself. This revelation does act as a sense of drama for the audience, which keeps them watching as the film goes on. A bracing documentary, showing a snapshot within the LGBT community and preserving a story, which will hopefully go on to inspire many others.