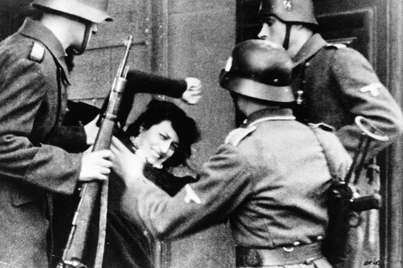 Cinemas are about to welcome into their midst the return of a classic slice of statuesque Italian neorealism.

You see, Roberto Rossellini’s Rome, Open City arrives with quite the pedigree. It has been lauded by Martin Scorsese as being ‘the most precious moment of film history” and was even awarded the Grand Prix at the 1946 Cannes Film Festival.

Featuring a cluster of non-professional actors, the story follows Manfredi, an Italian underground leader who is being hunted by the Gestapo. His reason for being in the Italian capital is to get money to fund the underground’s fight against their oppressors. Due to his outlaw status, he enlists the help of Father Don Pietro to deliver the cash, which is neatly concealed within a book. From here, the film proceeds to map out just a few of the trials and tribulations as endured by those under the glare of Nazi rule. It offers a potent showcase on the battle for survival, both individually and collectively. 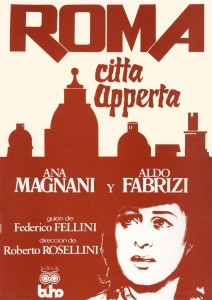 In terms of this release, we welcome a version that has been newly restored and spruced up into a neat 4k presentation. This means the picture is given a cleaner sheen, offering a noticeably fresher imprint. This is in spite of the gritty verity of the content. Some may allege that this detracts from the earthy nature of the material. However, it is surely the greater good to do all that can be done to preserve these essential documents from the tomb of cinema’s history.

In this writer’s mind though, the film itself is not as perceptive of the human condition under occupation as, say, Ingmar Bergman’s Shame (1968). It is also fair to say that the middle third is perhaps not as successful as what seasoned cineastes would urge you to believe. The diegetic meter at this point is slightly paunch and could have done with a trim.

Ultimately though, Rossellini’s work is still worth your time and not just for posterity’s sake. Its closing bleakness is both a chill to the bone and a refreshing dose of unsentimental realism. This lack of sugar-coated compromise commands a power that remains undiminished by the ravages of time or technology’s advancements.

Rome, Open City is totemic as a filmic time capsule to integrity in the face of adversity, freedom of thought and the refusal to be infected through an indoctrination of skewed dogma.