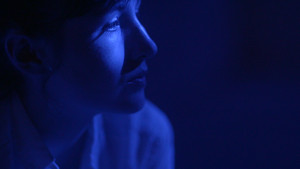 It is quite a feat for a film to conjure a whole kaleidoscope of emotions within 120 minutes. To manage it to the point where the audience emerge from the experience dazed, rattled, enthralled and confused is an achievement worthy of a good old reassuring back slap. Surely, it is the ultimate in button pressing? Whilst this is inferred as a glowing endorsement, it is unclear as to whether the director of the documentary Kate Plays Christine, Robert Greene, would be thrilled at such an outcome – such is the moral quandary posited by his subject. 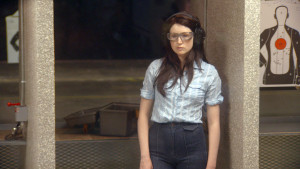 he origins are stark. In 1974, 29 year old newscaster, Christine Chubbuck, fuelled by her ongoing battle with depression, abruptly committed suicide in a very public fashion. How? Well, she did it live midway through her daily news bulletin. Ominously, before she undertook that grave act on that day, she asked her producers that the show be recorded. That tape lies somewhere. And yet, the footage has never been seen since. You won’t find it in a general Google search. And you certainly won’t find it on Youtube. The story itself has even gathered traction as something of an urban legend. Time has ebbed memories away. The truth is that it really did happen. 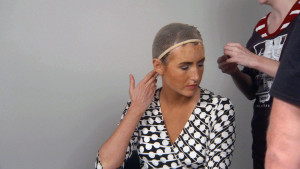 In this film, budding actress Kate Lyn Sheil (House of Cards) has been cast as the woman to Chubbuck to life in a biopic. Greene follows Sheil as she immerses herself in her preparations for the role. What we witness is a young, aspiring actor delving into research for the role; following in Chubbuck’s footsteps, speaking to locals, seeking out old newspaper articles and generally doing whatever she can in order to inhabit the mind-set of the tragic Chubbuck.

The problem is that, as time goes on, Sheil begins to question the purpose, motive and morality of making the film. She becomes increasingly sympathetic with the victim and the lines between the actor and the real life subject begin to blur. As a result of the changing face (literally) of Sheil, the film itself undergoes a little bit of a metamorphosis as it progresses. The mood is hard to pigeonhole. Uniquely for a documentary, it elicits comparisons with Lynch (Mulholland Drive, in particular), Oppenheimer’s The Act of Killing and even Haneke’s Funny Games. Whether or not these are conscious sources of influence is unclear. 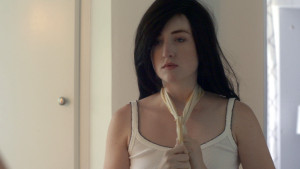 Whilst it could be argued that the film could do with a little bit of a trim around the edges, the ultimate effect is spellbinding. The haunting score evokes a consistently foreboding atmosphere and the picture’s conclusion ranks among the most chilling, challenging finales of any film released in 2016.

This is a bone rattling and soul shaking film, set to challenge and quiz the viewer. Are we complicit in some way? Are we all depraved voyeurs? Do we sacrifice our compassion at the expense of intrigue and morbid curiosity? All this questions – and many, many more – will be prompted by this stunning documentary feature.