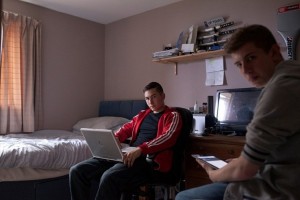 Director, Beeban Kidron, has created with InRealLife one of the most topical and necessary documentaries to have come out in the past decade. The nature of the documentary is to facilitate discussion, especially on those matters that are current and pressing in the society that the documentary is aimed at. InRealLife is very clearly aimed at a Western audience, who find in their lives that they can do very little without being active on the internet and looking at a generation whose entire history is recorded and remembered on social media such as Facebook or Twitter. Film such as the horror thriller, Antisocial and David Fincher’s The Social Network are recent examples of when features films have tried to tackle this beast, which is ultimately bigger than anyone in the world. These films have taken the idea of social media, something that many children and adults alike are completely literate in and either explain them or vilify them within a structured narrative.

InRealLife starts with the best of intentions, introducing us to a pair of teenager boys whose sex education is based upon what they have seen in online pornography; the story is chilling and ultimately is a great way to start a film about how our lives have changed due to the internet. The boys explain that their appreciation for women and what they look for in a woman (despite the fact they were 15 years old!) has to do partly, with how big their tits are and how good they are at giving blowjobs. Whilst it is a great way to start discussion around the online world, it is in no way a new topic to discuss pornography or to anchor ones argument about the online world; there have always been arguments over the representation of female (and more recently male) bodies in pornography from magazines, to the VHS and to a lesser extent, in the 50 Shades trilogy.

Kidron’s film then goes on to tell a variety of other stories, one more shocking and upsetting than the other. These stories are interspersed with clips and 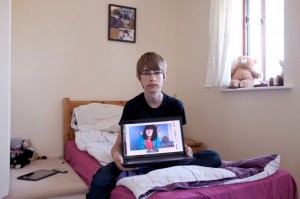 archive footage about the creation of the internet, as well as talking heads about where our information travels from and to. These are joined up by the repeated use of music by Rizzle Kicks. What Kidron never actually discusses is whether this film is an attack on the internet itself or about children relying to much upon social media because she moves quickly between one and the other, never fully explaining her terms and boundaries for what she has set out to do.

Unfortunately, InRealLife, is truly a poorly structured mess, busily moving from one strand to another; it quickly feels like six different documentaries in one and does little to actively discuss the advantages or disadvantages of our lives on the internet and instead comes across awfully preachy. Like a mundane piece of journalism in The Mail, this documentary is almost completely one sided and tells the audience only of the complete horrors of what social media and the World Wide Web has done to us.

Whilst many of the stories, including that of the girl who gave her body up for sex so that she would be able to raise enough money to buy the latest Blackberry and the tragic tale of the young boy who hung himself because of online bullying are hugely disturbing and do deserve to be told and examined in detail, InRealLife doesn’t seem too interested in anything more than allowing director, Beeban Kidron, to jump on her soapbox and discuss only her point of view. These stories seem to be told for shock value and as a way of pointing her finger at the internet as the villain, but never looks into what could be done to start to work through this problem. 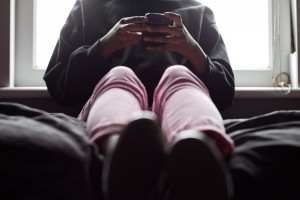 On top of this, the repeated use of Rizzle Kicks on the soundtrack seems like nothing more than a cheap plot to tell the younger section of the audience, ‘this film is cool and you should pay attention because we understand you and youth culture.’

The moments when the film discusses the ‘behind the scenes’ of the internet as some of the most savvy – it is almost as if you weren’t sure what Kidron’s point of view was, these moments will completely cement that. She films the inside of the data chambers as if it was an overbearing monster in the most violent and disgusting of horror films, ready to pounce and rip you apart at any time. She does this through through her clever framing, slowly looking at the rooms and possibly pointing out how clinical they look. Kidron does plenty of lovely close ups to wires and bright lights; this is just her way of saying, ‘Look at this, do you know how it works? Probably not, but it is the internet and it is bad.’ The only thing missing was the funeral march music in this very heavy handed piece of filmmaking.

She brings the film to a close by looking at a young gay couple, who have never met but have allowed their relationship to blossom through online video chats. She follows their journey, up to their first meeting and ends with them laying in bed together cuddling and exchanging files through their mobile phones. This is very sweet and touching and is possibly allows the documentary to end with something hopeful but it does, again, feel like a very precise and planned ending. By focusing on a gay couple, especially with LGBT equality being at the forefront of much news at the moment, she is almost aligning this horrible internet (by this point of the film, if she has won you over, you probably won’t use Facebook again) with the LGBT community and is saying that they are the only ones that will survive and allow relationships to flourish online because they are alternative.

InRealLife knew what it was saying and didn’t care particularly much to pose a counterargument, in between shoehorning in Julian Assange and overplaying the same Rizzle Kicks song, it was a great idea ruined by a narrow point of view.