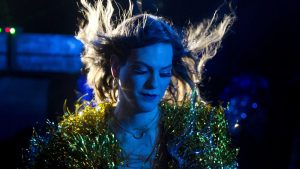 Sebastián Lelio, best known for Gloria, returns this year with not one but two eagerly awaited pictures. Disobedience (starring Rachel Weisz and Rachel McAdams) and the fabulous A Fantastic Woman.

Starring the unbelievable Daniela Vega, in one of the best female performances of the year, A Fantastic Woman follows Marina (Vega), a transgender woman whose life is turned upside down when her older lover, Orlando (Francisco Reyes) dies.

Lelio’s film is so beautifully composed and thoughtfully structured that it deserves worthy comparisons with Pedro Almodovar. Starting from Orlando’s point of view; following him from a sauna, through to the nightclub where Marina sings, to their dinner together and then one of the most sensual love scenes in contemporary cinema, the film soon flips as Orlando wakes to find himself in some kind of strange pain. Marina jumps into action, taking Orlando to the hospital where unfortunately the inevitable happens.

From here the film soon takes a change of pace and direction, moving from Orlando to Marina’s point of view. The story places her a series of different situations and forces the audience to feel the same pain or victories as Marina herself; from dealing with suspicious hospital staff, the police and Orlando’s bigoted ex-wife and family. But at its core, the story is about overcoming all this, about taking control of your own life and being the person you really, truly want to be.

This first section of the film shows a beautiful love story, Marina and Orlando accept everything about 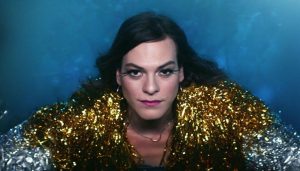 each other but as the film continues, A Fantastic Woman shines a light on the way that society has treated and continues to treat the transgender community. The film makes the audience confront the attitudes to these relationships as lesser than if both were cis-gender.

At the centre of A Fantastic Woman is Daniela Vega’s (who herself is transgender herself) performance as Marina, who fully personifies the fantastic woman in the title. She is all of us; messy and passionate and ambitious and just wants to have an easy life without others causing her hassle. She is also glamourous and absolutely watchable; there is not one moment in the film when you want to turn your head away from Vega who truly sets the screen alight with every movement or bit of dialogue.

A Fantastic Woman is fierce, bold, funny and fantastic; forcing the audience to take the point of view of a character so rarely represented on screen. But the fact that Marina is truly a modern day heroine makes the journey we take with her, all the more satisfying and delicious. The texture of the film is tantalising and seductive, colourful and sometimes even surreal, making for a joy ride and emotional rollercoaster. A worthy additional to the canon of Chilean cinema and an important and fantastic film to feast upon.