There is no denying the constant barrage of comic-book films invading multiplexes. Marvel’s Doctor Strange is already the sixth superhero movie released this year, and among the uninitiated, its easy to feel overwhelmed by it all. Heroes like Captain America, Iron Man and Thor have brought in tens of billions of dollars at the global box-office, and the financial success combined with the astonishing breadth of source material available, its fair to say that superheroes will invade our cinema screens for years to come. While it may be troubling for those out of the loop, comic-book fans have been in a state of nirvana for years, as many of their favourite characters have come to life, often to great success. The latest entrant in the Marvel cinematic universe, Doctor Strange is unique in the way it tries to mend the gap between fanatics and those fatigued by the constant succession of heroes. The film manages the impressive feat of adopting a highly unique visual style, and it feels and looks nothing like any superhero film you have seen before. Beneath the surface, however, Doctor Strange cannot quite live up to its astonishing visuals. 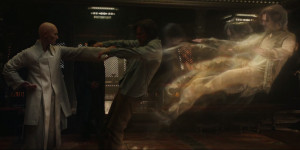 The film is fascinated the metaphysical, and manages a truly difficult feat of translating the unfathomable into a consistent visual language. Implementing cutting-edge visual effects, Doctor Strange revels in a number of wild action set-pieces. The films visual prowess is established immediately, as buildings twist and collapse into one another (recalling the awe-inspiring Inception) in the opening scene. Director Scott Derrickson does great work keeping complex battles coherent, and the film is expertly edited by Sabrina Plisco and Wyatt Smith. The action sequences achieve the delicate and tricky balance between creativity and comprehension, and are an awful lot of fun to watch.

The almost kaleidoscopic nature of the visuals lends nicely to the plot. Benedict Cumberbatch stars as doctor Stephen Strange, a renowned neurosurgeon with an unassailable ego, whose life is permanently altered after a brutal car accident. The accident leads Strange on a quest of rehabilitation that ends up with him travelling to Kathmandu in a desperate attempt to heal. There, he finds The Ancient One (a terrific Tilda Swinton), a master of the mystic arts, who changes Strange’s life forever. 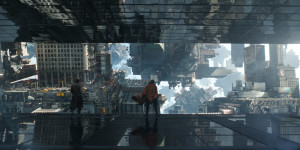 Cumberbatch is great in the titular role, exuding an arrogant swagger, while slowly revealing vulnerability. However, his vulnerable side only comes in flashes, as the doctor is a rather tricky character. Many of his personality traits feel similar to one Tony Stark, but Strange is a far pricklier persona. His self-conviction and egotistical manner is off-putting, but Cumberbatch injects enough sly humour to keep the character human. It is a bold choice for the scriptwriters to craft a character that is not particularly likeable, but Cumberbatch possesses an almost unearthly charisma to keep Strange’s plight compelling.

While Cumberbatch delivers a great performance, and the action is consistently entertaining, Doctor Strange is not without its shortcomings. In what has become a plague afflicting almost every film in Marvel’s universe, the villain is woefully underdeveloped. This is particularly disappointing in this film, as Strange’s nemesis, Kaecillius, is played by the gifted Mads Mikkelsen. Despite his efforts, Mikkelsen cannot quite make his character’s motivations interesting. The role is largely silent, favouring a lot of running around and strange crying that confuses more than it explains. Similarly, Doctor Strange attempts to shoe-horn a romantic subplot to no effect. Rachel McAdams plays Strange’s love interest in an utterly thankless role, and it’s a shame that such a talented actress is completely wasted. The script does so little to develop their romance that it’s a shame they bothered to include it at all. Furthermore, while the film does feature a number of wildly impressive sequences, a considerable amount feels like filler, and gets boring, especially in comparison to the magic harvested in some of the films best moments.

There is a lot to enjoy about Doctor Strange. Visually, the film is stupendous, bending the world to brilliant effect, and the use of 3D makes it all the more immersive. Cumberbatch delivers a great lead performance, and Derrickson makes plenty of strong directorial choices. While the occasionally bumbling script and generic plot trajectory cannot quite live up to the lofty expectations created by the films unique world, Doctor Strange may just be the best chance Marvel has of preaching to the un-converted. While it avoids greatness, it is a worthy addition into the superhero canon.