Looking back at Terrence Malick 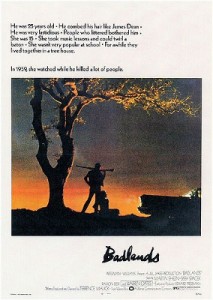 To celebrate the release of TO THE WONDER on DVD & Blu-ray, we take a look at the acclaimed films of Terrence Malick.

Malick’s debut set the precedent for what has been a career spanning four decades (and counting). Badlands is narrated by Sissy Spacek’s Holly, a teenager who becomes an accomplice to Martin Sheen’s Kit as they go on a killing-spree across America.  Seen as a culturally-defining film of its time, it comes as no surprise to learn that Malick was the protégé of Arthur Penn (Bonnie and Clyde.)

Malick’s second feature perhaps set the tone for his style better than his debut, with Days of Heaven more an art film 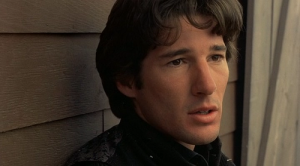 than anything else. Panned upon release, not aided by a troubled shoot, the film is highly regarded as being one of the best examples of cinematography in cinema, with the imagery universally lauded – a common notion throughout all of Malick’s films.

Absent from cinema for 20 years, Malick returned with this war film boasting a hugely impressive ensemble cast, ranging from Sean Penn, John Travolta to John Cusack (reportedly, appearances from Martin Sheen, Gary Oldman and Mickey Rourke – to name but a few – were edited out of the theatrical cut.) Receiving critical acclaim and awards glory, The Thin Red Line was the film that proved with  just three films, Malick has carved himself a cinematic legacy.

Commencing the script in the late 70s, Malick finally began work on this film in 2004, with its release arriving the following year; a historical romance, The New World depicts the founding of the Jamestown, Virginia settlement. Although a box office disappointment, critics revelled in the art that Malick’s films so effortlessly contain. 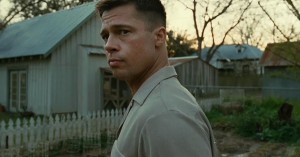 It is clear Malick has always been teetering on the experimental, and The Tree of Life is arguably his first foray into this spectrum as his film chronicles the origins of life through a middle-aged man’s memories. Although the cast boasts impressive turns from Brad Pitt, Jessica Chastain and Sean Penn, it is Malick’s visual flair that steals the film and remains in the memory long after.  Not to everybody’s tastes, but there’s no denying this is a filmmaking feat.

Returning to screens so soon after The Tree of Life may alarm many, but we should simply be grateful we have another Malick offering to marvel at. To the Wonder is as poetically meditative as his previous offerings, including a cast as impressive (Ben Affleck, Rachel McAdams, Olga Kurylenko and  Javier Bardem) with themes just as prevalent (romance, existentialism.)