Captain America was created as a leader, but quickly became a fictional one: he was a one-man military propaganda campaign, costume and shield boldly decorated in the patriotic tricolour of the American flag. Marvel, in their infinitely expanding universe of superheroes, have kept the moral simplicity of this man as their driving force, and nevermoreso than in their latest opus, Captain America: Civil War. The genius of Marvel is in drawing complex character stories that are ultimately reducible to these classic American ideals of loyalty and morality; they are innately American stories, both questioning and reaffirming the founding principles of what remains the most culturally dominant nation of the world.

It makes sense, then, that directorial team Anthony and Joe Russo approach this blockbuster in the robust fashion of a rollicking adventure caper of the 1930s, akin to Spielberg in prime-Indiana Jones mode. The film’s central action setpiece, a seventeen-minute sequence set outside a Berlin airport, eschews a spiralling melee of special effects for a wild crosscut between some 12 superheroes, imbued with an almost screwball energy as each character’s unique powers and personality comes through in both movement and dialogue. Emotional states span the gamut from Black Panther’s grave, regal vengeance to the new Spider-Man’s eager insouciance, the gleeful wildness of the battle grounded by the simplicity of the mission – get from one side of the plain to the other – and the inevitable fallout of it succeeding. While their allies are gamely apologising for the opposite sides they temporarily find themselves on, for Captain America (Chris Evans) and Iron Man (Robert Downey Jr.) this civil war is rooted in something much deeper and darker. 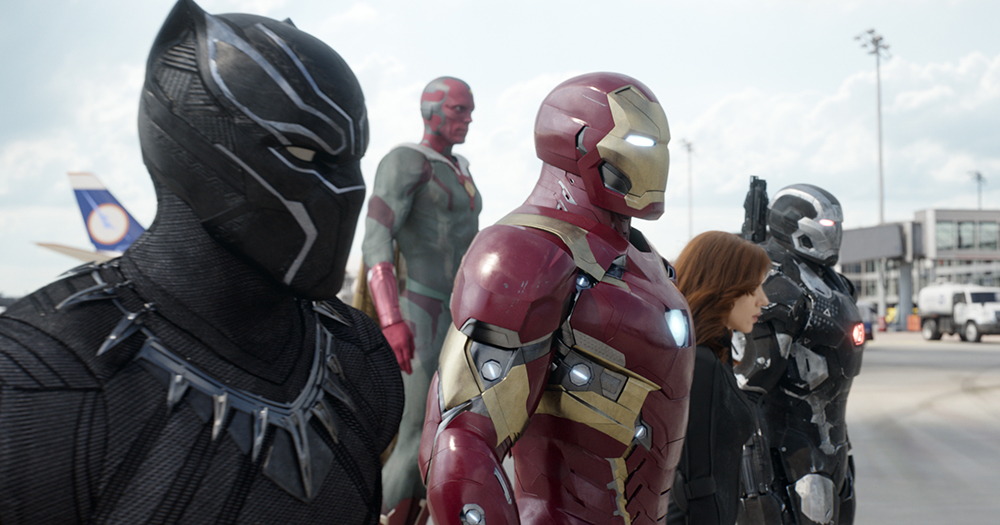 The Russos do an astonishingly good job of giving their huge roster of characters vivid individuality, only abusing a couple of lower tier, non-superhero characters by contorting their motivations to suit a narrative function. (One of these being the nominal villain, Baron Zemo, isn’t as big an issue as many other Marvel films have made it, both because the real villains here are also our heroes, and because Daniel Brühl plays it with such casual intelligence.) Understandably, they give newbies Black Panther and Spider-Man more screentime than their fellow supporting superheroes, and happily, both are a revelation: Chadwick Boseman radiates regal refinement from the moment he appears, promising a thrilling vitality from his own upcoming solo effort, while Tom Holland makes for cinema’s first truly teenage Spider-Man, full of surprised glee at his own marvellousness and apologetic awe at facing off with his heroes.

It’s tempting to call Captain America: Civil War an Avengers movie in all but name (plus the absence of Thor and the Hulk), but it’s clear from the title where Marvel’s loyalties lie in this case. Iron Man is the trustworthy figure employed to prove that faith in the system is, apparently, foolish, and it’s somewhat ironic that Tony Stark, iconoclast and rebel, is the one to side with the the government rather than former figurehead Captain America. The Stars and Stripes have started to fade away, and the Avengers have come to the crunch: co-operation dissolves as a choice and leaves only submission or rebellion available as feasible options. That Civil War manages to fashion a climax that is both narratively surprising and emotionally impactful is hugely impressive in the context of a genre where foregone conclusions are all too common. The Russos manage to capture both pure joy and powerful devastation over the course of the film demonstrates their admirable committal to character over spectacle; to say too much would spoil things, but the film’s violent climax eschews noticeable CGI for literal gut-punching, and the film bleeds. 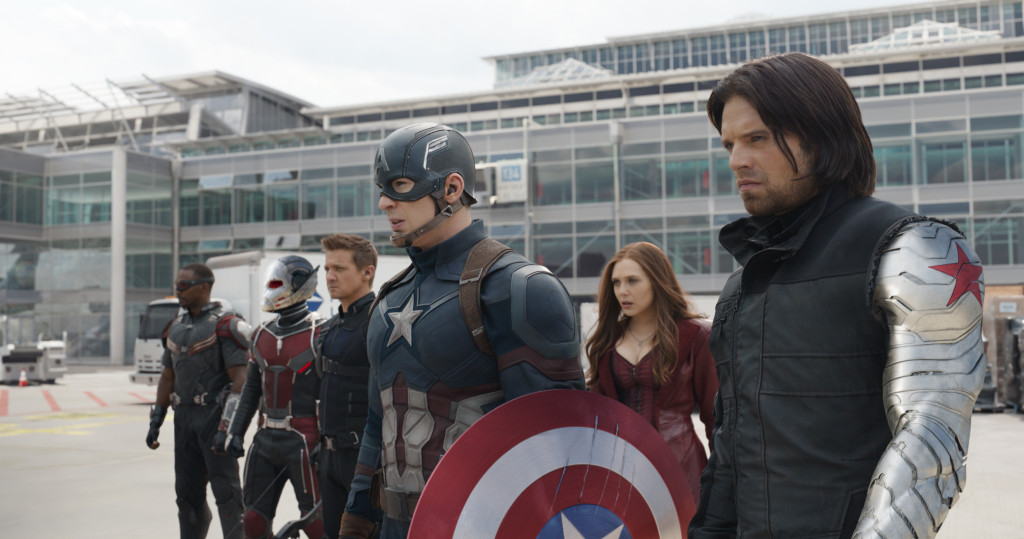 Captain America: Civil War feels like Marvel’s most consistently realised film yet; there’s barely a scene that feels out of place, and it pulls off an ambitious balancing act between dozens of characters and their conflicting motivations. It helps that the Russos aren’t auteurs but craftsmen who are able to commit to character over their own individual style. It recalls the height of Hollywood’s Golden Age, where studios tightly controlled production; Marvel, an equally tight ship, seems to have found the perfect balance in the Russos, who have repeatedly proven themselves able to provide precise, streamlined entertainment without making the characters colourless. This approach might somewhat contradict the film’s politics, but this is mainstream entertainment: no matter how powerfully they may resonate, the film’s social agenda is ultimately hollow and fallible to scrutiny. In terms of the Marvel Cinematic Universe, such boldness may be unwise in the long run, but Civil War sets up a contentious future that can be mined for fictional riches, no matter the reality of the contemporary political climate.

Captain America: Civil War is in cinemas from Friday 29 April.