The first official photos taken on the set of The Dark Knight Rises have been released.

Filming took place in Pittsburgh, PA, and include Christian Bale in the Batsuit, Tom Hardy as villain Bane, Marion Cotillard as potential love interest Miranda Tate, and Christopher Nolan in the director’s chair; vehicles the Batmobile and the Batpod are also feature.

All photos by Jared Wickerman/Getty Images. 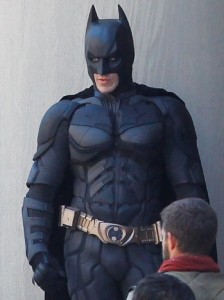 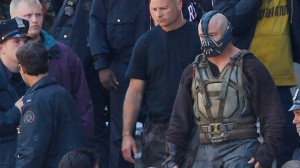 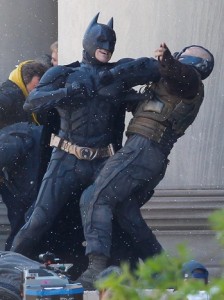 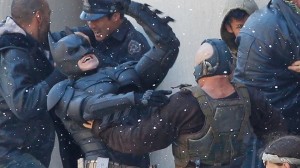 Bane (Hardy, right) is addicted to a strength-enhancer called Venom, which he takes in through his mask 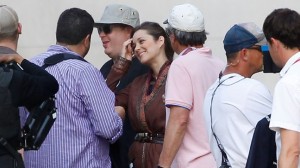 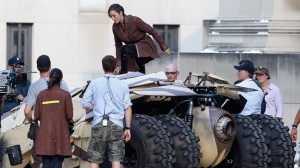 Cotillard is seen here leaving the Batmobile during a scene; her character, Miranda Tate, is a an employee of Wayne Enterprises 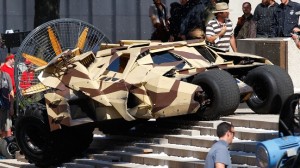 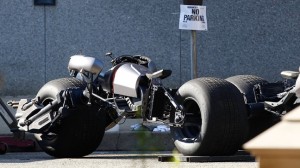 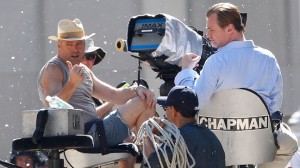